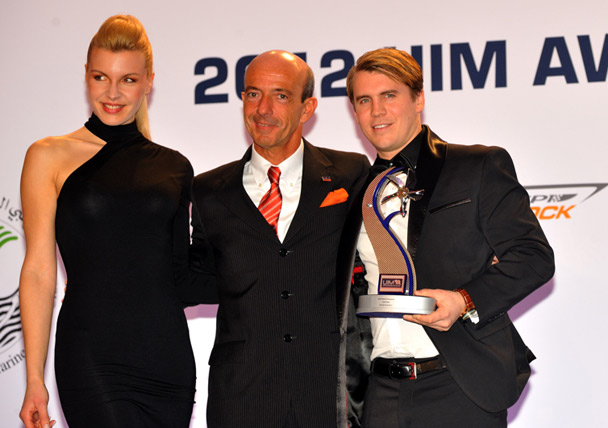 It wasn’t just the Oscars that were handed out at the weekend, as once again the Union Internationale Motonautique had gathered together all its leading lights from the world of powerboat racing for the annual awards giving gala.

Amongst the sixty two award winners was Sweden’s Erik Stark, the 2012 UIM Formula 2 World Champion, who had made the trip to the ceremony held at the prestigious Salle d’Or, in the Fairmont Monte Carlo Hotel.

Stark, who even though finished twenty-five points clear in the standings, said after the presentation that competition for the 2012 championship had been really tough and expects the 2013 season to be a lot closer. With potentially six races making up the World and European Championships the driver who races a tactical season could be the one who comes out on top after the final round in South Africa.

Amongst the many drivers present in Monte Carlo was Stark’s fellow countryman Tobias Soderling, who was there collecting his trophy after winning the 2012 UIM F4-S Championship. Soderling, who recently purchased Johan Osterberg’s Molgaard hull, will be amongst the many new drivers lining up on the F2 grid in the coming months.

Stay tuned for a full preview to the 2013 UIM Formula 2 in early March.