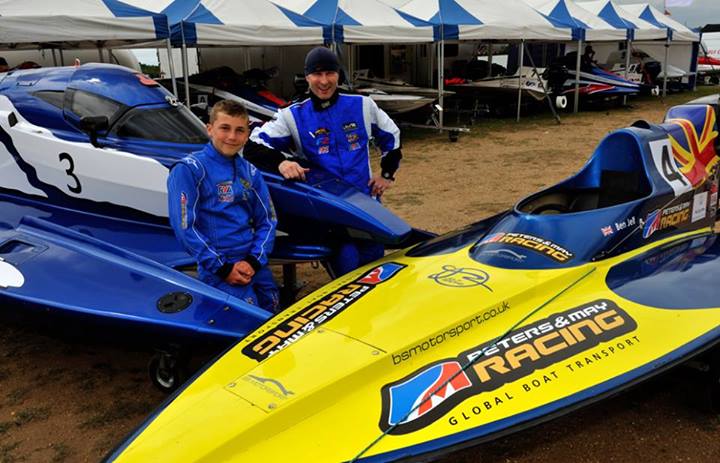 This weekend Nottingham’s Holme Pierrepont National Watersports Centre hosts round four of the UIM F2 World Championship and with twenty five drivers vying for the sixteen slots on the British Powerboat Grand Prix starting grid the action is guaranteed to be frenetic. As if that’s not enough to keep the race fans on their toes Nottingham also hosts the UIM GT15 Powerboat World Championship and amongst the eighteen drivers so far registered is Britain’s Ben Jelf, the son of the three times UIM F2 World Champion Colin Jelf.

Although having recently wrapped up his third GT15 European Championship title by taking maximum points in Kil, Sweden, Jelf knows that this weekend is going to be extremely tough. “The Estonians are my main threat” he said, “Paul Zujenkov wasn’t far away in qualifying and drove well in the rough water. It’s going to be similar condition in Nottingham due to the wash coming back from the shoreline. It will be how well you keep your head in rough and just being aware of who’s around you going into the turn that will make the difference.”

This could be Jelf’s last chance at the GT15 world title as he turns fourteen years old next June and is already thinking of his future in particular stepping up to the F4S class. “I think I’m ready and in the UK I could race an F4S next year, but not internationally as you have to be sixteen years old for that. Then I would like to follow my Father and Uncle by racing in F2. The speed is such a big appeal, plus I need the challenge that F2 will provide.”

Keeping a watchful eye on young Master Jelf’s progress is his Uncle Owen, already established as one of the leading British F2 racers and one of only five drivers to have scored points at every round of the 2013 F2 World Championship. “I think Ben’s doing really well even if he’s my nephew. There’s so much experience of powerboat racing in our family that he not only gets great coaching from his father but also some sound advice from his Grandad Ted.”

Having recently swopped his Molgaard hull for an Italian built BaBa one, Owen Jelf is the first to admit that it’s taken a while to get the boat set up to his liking, but after a fifth place finish at the Italian Grand Prix in Brindisi, he knows that he’s finally heading in the right direction. “You need to do a lot of testing” said Jelf, “So it has taken time to find the right propellers but I’m getting closer to my goal. The BaBa is a difference experience; it’s a lot better in the rough, though I’m still learning how to cope with windy conditions, which you can almost guarantee we’ll get in Nottingham.”

Another driver who will soon be facing the unpredictable breezy conditions in a brand new boat will be Norway’s Mette Bjerknaes. She will arrive at Nottingham with her recently acquired French built Moore hull after having campaigned a Molgaard hull since she first joined the world championship back in 2010. Bjerknaes opted to race a Moore after having competed so well with one at the Rouen 24 Hour race for the past two years. Though after a recent test session she admitted to being slightly apprehensive. “The test went well, however, I’m really nervous about debuting the boat in Nottingham” she said. “It’s a high speed circuit and driving a completely new and much lighter boat will be a challenge.”

Making the trip over to Britain with her will be Michelle Knudsen who is into her second season of racing in the GT15 class. “After ‘cracking the code’ during summer 2012 I won the National Championship” said the young Norwegian. “So far this season, there have been some challenges particularly with the engine, but I’m still in third position in the Norwegian Cup.” Her undoubted highlight so far this season was her third place at the GT15 European Championship and she like, Ben Jelf, have plans already in place to make the step up to F4S. “The next project is already in the garage” said Knudsen. “It’s the F4S that Tobias Soderling won the world championship with in 2012.”

So who will finish on the top step come Sunday evening. In the GT15 class it could be an all British affair, with Ben Jelf being joined by Thomas Mantripp, who recently beat Jelf to the British Sprint Championship title, along with the GT15 British Masters Speed Record holder Jessica Beaumont.

In F2 the form guide has now been thrown out the window after Ola Pettersson’s sensational drive, winning the Italian Grand Prix, last month. Plus, last year the current championship leader and reigning World Champion Erik Stark struggled to get to grips with the two-pin layout, a course he admits to not liking. Jonas Andersson is also back and even if he can’t get his engine to fire as the red lights go out, he will still be in contention for the top spot once the chequered flag comes out. All eyes though will be on the British contingent with Owen Jelf lining up alongside the reigning National Champion Malcolm Goodman, who will be desperately hoping not to repeat his last year’s aerobatic display and his JPL Racing team-mate the former two times F3 World Champion Ian Andrews. Plus making his long awaited world championship debut will be Scott Curtis in his DAC hull. One thing is for certain though and that’s the action will be getting under way from 10am Saturday morning and continuing right through till the prize giving on Sunday evening at 17:30. 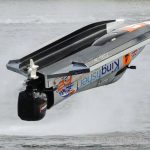 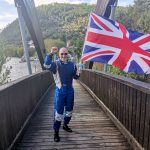 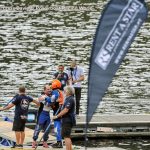 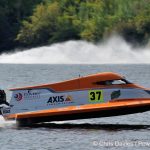 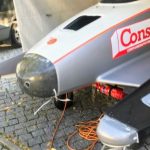