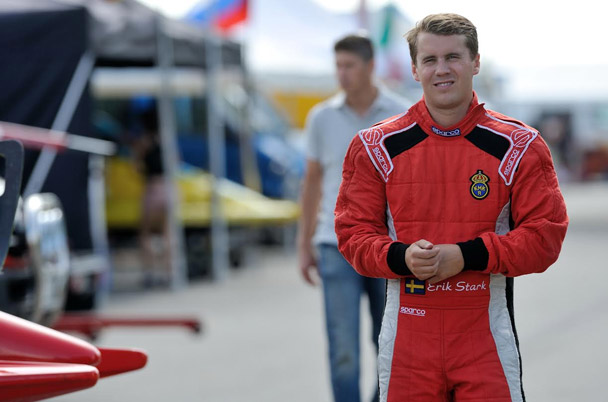 This weekend sees the opening round of the UIM Formula 2 World Championship taking place in Dunaújváros, Hungary. A relatively young city by European standards, some seventy kilometres south of the capital Budapest, which following the Hungarian revolution was renamed from Sztálinváros (Stalin City) to Dunaújváros, meaning ‘Danube New City’.

In a relative short space of time the city has hosted several international powerboat events stretching right back to the early 1990’s with the arrival of UIM Formula 1 tour. More recently the ‘Steel town’, for which it has become most famous for, has been the home of F2, who last visited there in 2011. On that occasion the Swede Erik Stark took the lead from pole position and managed to maintain it until he saw the chequered flag some forty laps later recording his first ever UIM F2 victory. It was to be the first of many and having wrapped up his third F2 World Championship title at last years South African Grand Prix, those competitors, who had been left in his wake, thought that they had finally seen last of the talented young driver as he made the switch to the UIM F1H2O series. But, just like Arnold Schwarzenegger said in the film ‘The Terminator’ “I’ll be back” and he is.

It’s fair to say that Stark’s opening F1 race in Qatar back in March didn’t go as well as he had hoped for and he came away with a large flight case full of broken Mercury race engines as a souvenir. Now with the next race in that series still undecided, Stark now has considerable amount of time on his hands. Time enough to bring out his last season’s winning Molgaard and after some successful testing he’s now ready to attempt to make history and set about claiming his fourth F2 world title.

Just to make him feel at home in the pits, two more drivers have jumped across from the F1H2O series. His fellow countryman Jonas Andersson and the Portuguese driver Duarte Benavente will both line up on the grid this weekend. Andersson had an equally torrid time in Qatar; starting from pole position his race was over by the third lap. The Swede though made an impressive start to his 2013 F2 season finishing in the runner up spot in the opening two races and will be looking to repeat that feat once more. For Benavente a podium position on the banks of the Danube might just be a little to much to ask for while he gets his head around running an OptiMax on the back of his new BaBa boat. The Portuguese driver last outing before concentrating on the F1H2O series was back in 2007 at the Saudi Arabian round of the Formula 2000 World Cup. More recently though there has been a remarkable transformation in his racing career and he’s put that down to swopping to the Italian BaBa hull. At the start of the month Benavente was racing at the Rouen 24 Hour race where he was the lead driver for Team Privilege. An unforced error by him in the early stages of the two day event saw the team drop out but one thing is for certain and that is he will be hoping for a less eventful weekend in Hungary.

One driver who really stepped up to the mark at the French classic was Mette Brandt Bjerknaes. Racing for the Navikart team she finished an amazing fourth overall and second in class. Now that she is back racing her Moore hull this weekend you can guarantee that that smile of hers will be bigger than ever. Another driver that is very at home racing around l’île Lacroix is the French driver Peter Morin. For the second year in a row he was part of the winning Team Nollet crew that took overall victory in Rouen. The three times Endurance World Champion is more at home racing in the S3000 class but could be one to watch in Hungary.

Hoping to break the Swedes domination of the F2 series will be the Latvian driver Uvis Slakteris, he was another driver that was using Rouen as a warm up to his F2 season, finishing that event ninth overall. His 2013 season proved to be a mixed one and he will be looking to put a more consistent run together as he challengers for top honours. Another driver to pay close attention too will be Rupp Temper. His 2013 season proved to be a slow burn one but he was finally rewarded with two trips to podium in the latter stages of the year. With the legendary Michael Werner running the Austrian’s team a trip to the top step can’t be far away.

So what else can we expect from this coming season? Probably the most significant change from previous years will be the way qualifying is held. Out has gone the old format of two one hour sessions and in its place as come a one hour session split into three. Mirroring the F1H2O series, Q1 will see all the boats run as many laps as they like at any time during the first twenty minutes. At the end of Q1 only the fastest fifteen will remain on the water. Following a seven minute break Q2 will commence and this will last fifteen minutes. The five slowest boats will then be eliminated. The remaining ten boats will then take part in a ‘shoot-out’, where each competitor will do an individual two lap time trial and like F1 the driver with the quickest time from Q2 will run last. How well the drivers adapt to this only time will tell, and that time will be at 13:00 local time on Saturday May 17.