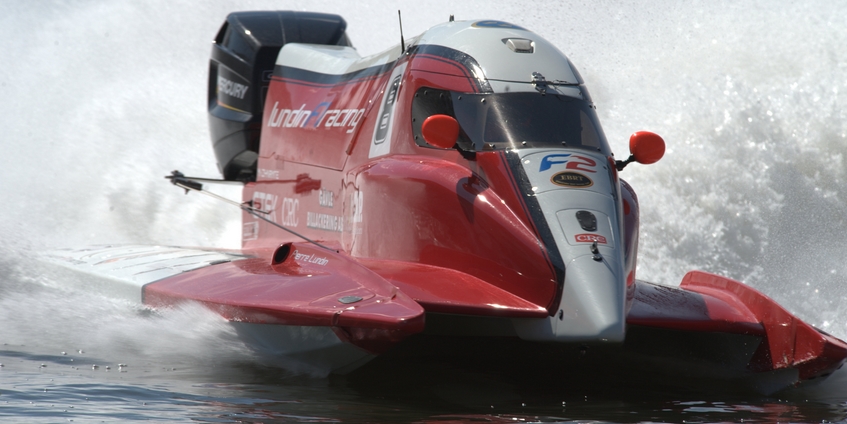 Bimba Sjøholm, led Lundin after a blistering start and started to pull away. The very quick Swedish lady driver looked set for a maiden UIM F2 win until she was hit with mechanical difficulties.

In the morning warm up she “tripped and stuffed” her Molgard hull, leaving her team only 3 hours to put things right, sadly, not everything was right and she eventually had to settle for 13th.

If the battle at the front wasn’t exciting enough, “drive of the day” was by Britain’s Matthew Palfreyman. The hard charging Brit started in 9th, clawed his way through the field to second place, with some “never say die” overtaking maneuvers that positively had the Norwegian spectators screaming.

Frode Sundsdal’s dream of bringing UIM World Championship racing to his home town of Tønsberg in Norway, paid off.

A tight course enthralled the spectators, made the drivers work hard and gave all a race to remember.