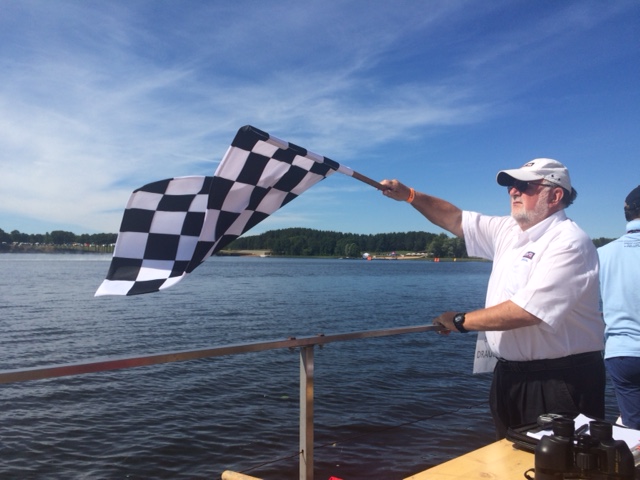 Qualifying session was just around halway when disaster struck for NewStar driver Konstantin Ustinov who flipped at the end of the 800 m straight of Zarasai lake circuit. Lap times improved almost a second, the top six shootout will be run with the swede trio of Lundin, Österberg, Edin,  Slakteris of Latvia, Bimba Sjöholm and Rupp Temper to decide the final grid order.
Racing last time in Milan, Italy in 2014  it is Latvia’s returning son Uvis Slakteris reaching the best lap time of the top six shootout with 00:40:62 seconds and take his pole position for Race 1. Edin and Temper will follow with 11 drivers altogether on the pontoon. Stay focused on F2 by 16:30 o’clock local time when the first  of the 4 heat gets underway.