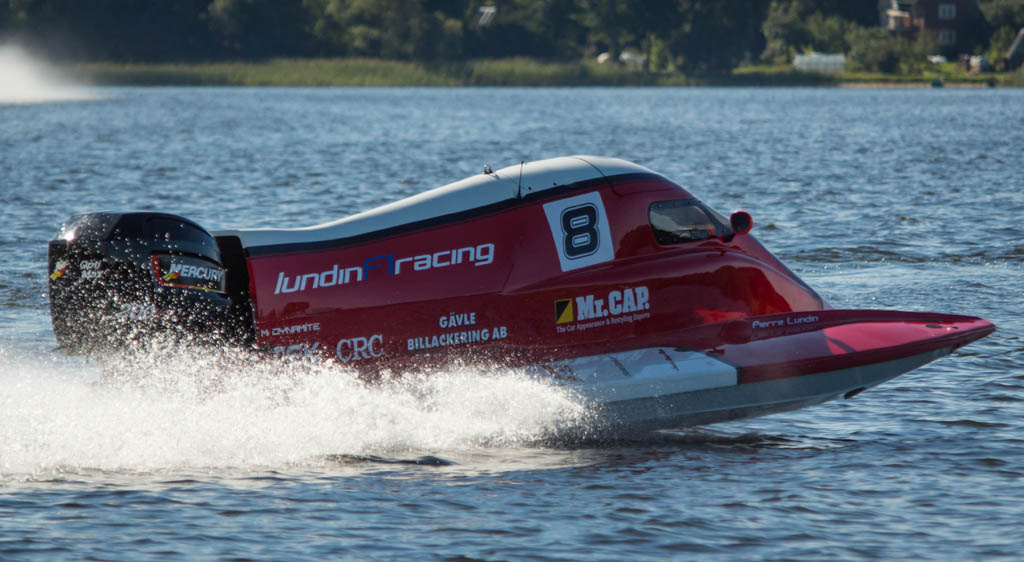 Konstantin Ustinov of Russia could finally join the field for Race 2 as both his boat was repaired and Race Doctor Mate Vidra approved his condition after Saturday’s accident. However, the one to take off this time was italian Luca Fornasarig in his Brindisi sponsored race cat even before completing lap 1. Race Director Gordon Sutherland ordered the whole field to return to the start dock for a full restart. This time the field of 10 made a successful start and kept on racing with Rupp Temper on front but Osterberg and Lundin closely following.  As the overlappings started in lap 6 out of the 20 Lundin fought his way closer up to Osterberg and passed him in lap 9 to approach Temper next. A busy turn with two of the backmarkers then helped him to overtake the Austrian in lap 12 and won Race 2. The overall leader after 2 races of four is still the Austrian and its now very much probable that the European Champion of 2015 will either be Temper, Lundin or Osterberg. Race 3 will brings us closer to the ultimate truth, keep on following us at 14:00 local time.