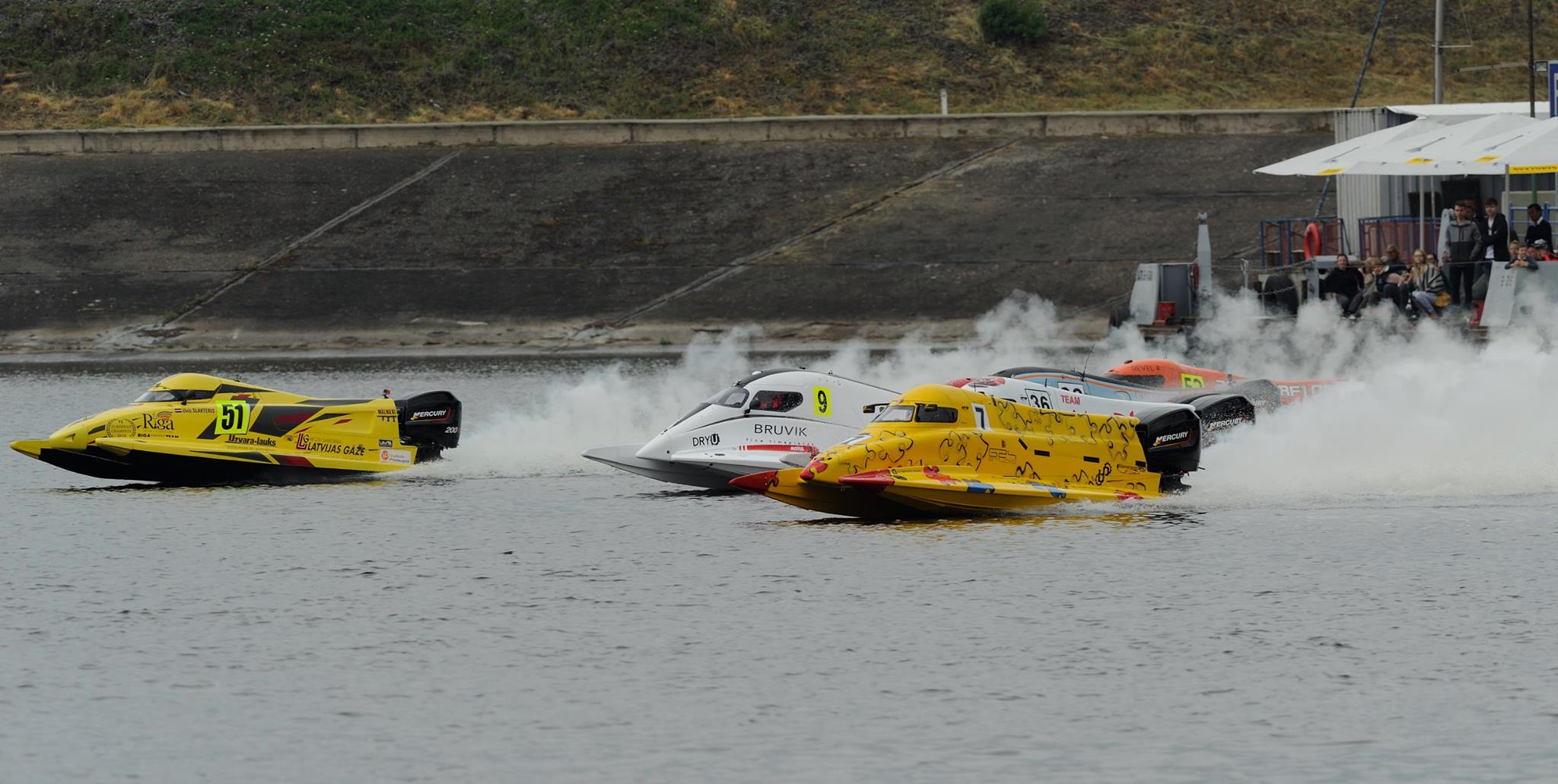 The Sunday ‘lunch-time’ repercharge certainly proved eventful for the seven boats that lined up in the last-chance shoot out for the UIM F2 Lithuanian Grand Prix. Just four places on the Grand Prix grid needed to be filled but in a dramatic first turn crash both Simone Schuft and Fabrice Boulier were eliminated. As the field headed towards the turn, the French driver hit the rear end of Schuft’s Moore hull and barrel rolled over the top of her.

I could see him in the mirrors, his speed was very fast as we approached the turn

The next thing I hear is a bang and my steering is broken, so I couldn’t continue. I’m sorry because we had found the ideal set up, so I promise a better show in Belgium.

After the restart Mette Bjerknaes headed back to the pontoon in her poorly handling Moore hull, to make matters worse she had lost her radio antennae. She could still make the Grand Prix though as Duarte Benavente has found a leak in his fuel tank which could see him not start.

With just four boats remaining the pressure was now off leaving Alberto Comparato to cross the line in first place followed by Uvis Slakteris, Mohamed Al Mehairbi and Harri Lehti.