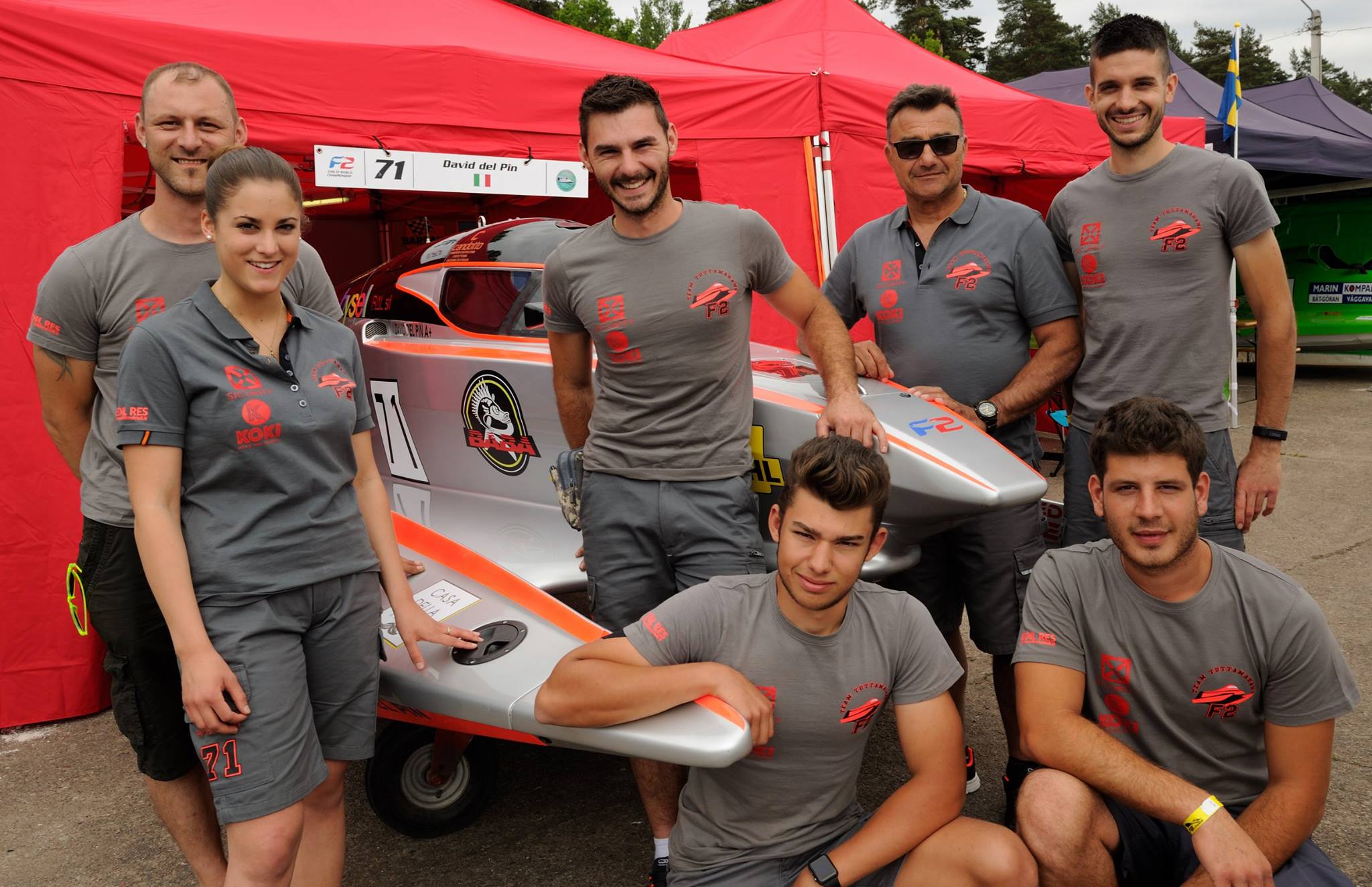 Amongst the twenty-three drivers signing on at the Lithuanian F2 Grand Prix race-control this morning was a familiar name making a welcome return to the UIM F2 World Championship.

David Del Pin last competed back in 2014 at the South African Grand Prix in Sasolburg. That year he failed to score points in just one Grand Prix, such consistency got him noticed and also earned him a drive with Team Abu Dhabi for the F1H20 2015 season.

I learnt a lot from Team Abu Dhabi

it was one of my best experiences in powerboat racing.

It certainly helped that running the team was fellow Italian Guido Cappellini who still has a good relationship with Del Pin.

He has huge potential as a driver in F2

Now Del Pin is back and he explained that he had hoped to come back sooner.

It’s not easy in Italy to find sponsorship at the moment. So we took the decision to make 2016 a year of preparation, plus concentrate on a new website.

Through their new media presence they quickly generated sufficient sponsorship to fund their 2017 racing season.

Now with so many manufacturers racing in the World Championship his next task was what hull to run?

We spoke to Massimo Roggiero about two years ago and asked him about collaboration with BaBa, finally late last year he agreed.

At that time BaBa was in the process of developing a new hull but had no one to race it,

He called me at the right time

the boat was ready for him. I had spoken to him about racing for us after I had seen him finish in third place at the F2 European Championship back in Como. I could see he had potential after he pushed both Lundin and Brigada very hard all weekend in what most thought at the time was an uncompetitive hull.

With the boat now sourced he just needed a team set up and that’s where his relatives came into their own.

We are a close team, in fact you could say it’s a family affair. Surrounding people close to me, like my father, brother and my girl-friend have really reduced my stress level, so that’s another bonus.

So does he see a podium finish on Sunday night?

We have tested of course but only by ourselves which can be very misleading. We believe we have the right race prop but as to one to qualify with, to be honest, that’s what we are missing. Like the whole of the team I’m very much here to learn but it’s important to remember that we will eventually reach our goal and that is an F2 world title.