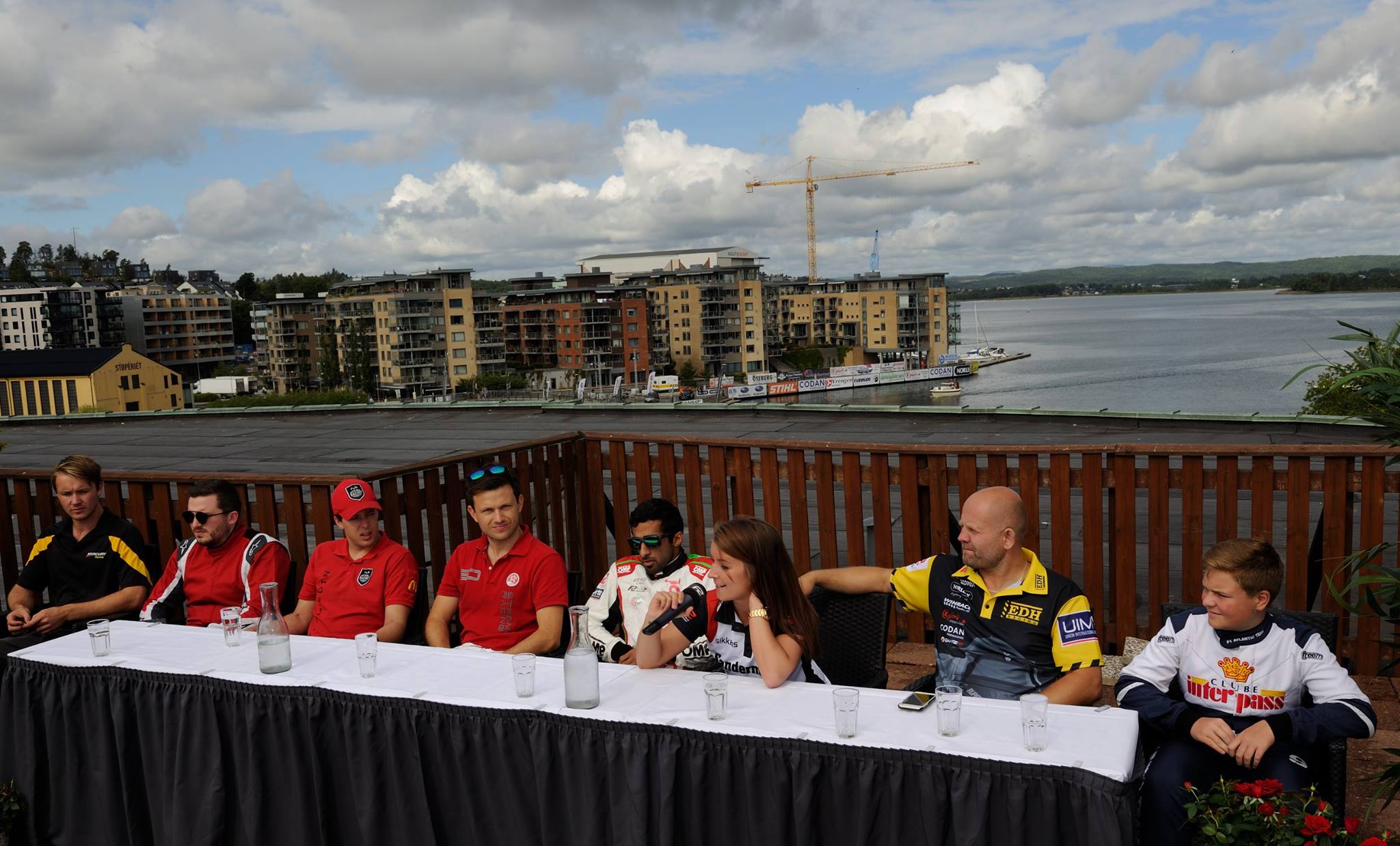 said Mette B. Bjerknæs speaking at the Tonsberg Batrace drivers press conference, held this morning on the roof garden of the Quality Hotel.

She, along with three of her fellow countrymen all agreed how important it was for UIM F2 World Championship to hold a round in Norway.

From a personal point of view this venue offers me the perfect opportunity to show case our class in front of my sponsors and of course in front of the many loyal Norwegian race fans.

Frode Sundsdal, the man behind this event was also in a very upbeat mood this morning although he was quick to say that he couldn’t think of a harder task than combining being a driver at an event that he was also project managing.

There will be two winners tonight after the speed run

because not only will the winning driver receive a Baume & Mercier watch worth 4000 Euro on Sunday night but also a member of the public can win a Baume & Mercier watch worth 2000 Euro by predicting which driver will set the quickest time along with the top speed that driver recorded. If you go to: http://tbg-race.com/utoverne/ and register your answer before 18:00 local Norwegian time you could be in with a very good chance of winning.

Especially when you are competing on what I really believe is the best course in the championship calendar.

Another driver who is beginning to feel at home here is the World Championship point’s leader Rashed Al Qemzi.

I really prefer this type of course

My DAC hull works really well where you need strong acceleration out of the turns. I finished in the points here last year, so another good showing will hopefully keep me at the top of the title race.

Answering a lot of questions was Sweden’s Erik Edin, who spectacularly barrel rolled his McDonalds sponsored Molgaard hull here last year but still managed to finish on the podium. He admitted that after he’d crashed he didn’t even know which way his boat was pointing and got going again only after he had heard from his radioman who reassured him that he was indeed pointing in the right direction. When asked whether that crash would be in the back of his mind when he strapped himself into his boat he said

I have seen the crash many times because it was all over social media. I can see what I did wrong. So it’s not just a question of blocking it out of your mind, it’s a question of learning from your mistake.

Racing gets under way on Friday evening with the speed runs commencing at 18:45 local time, followed by the Match Race at 19:00.

All of this will be Live Streamed via the tønsberg båtrace 2017 FaceBook page.