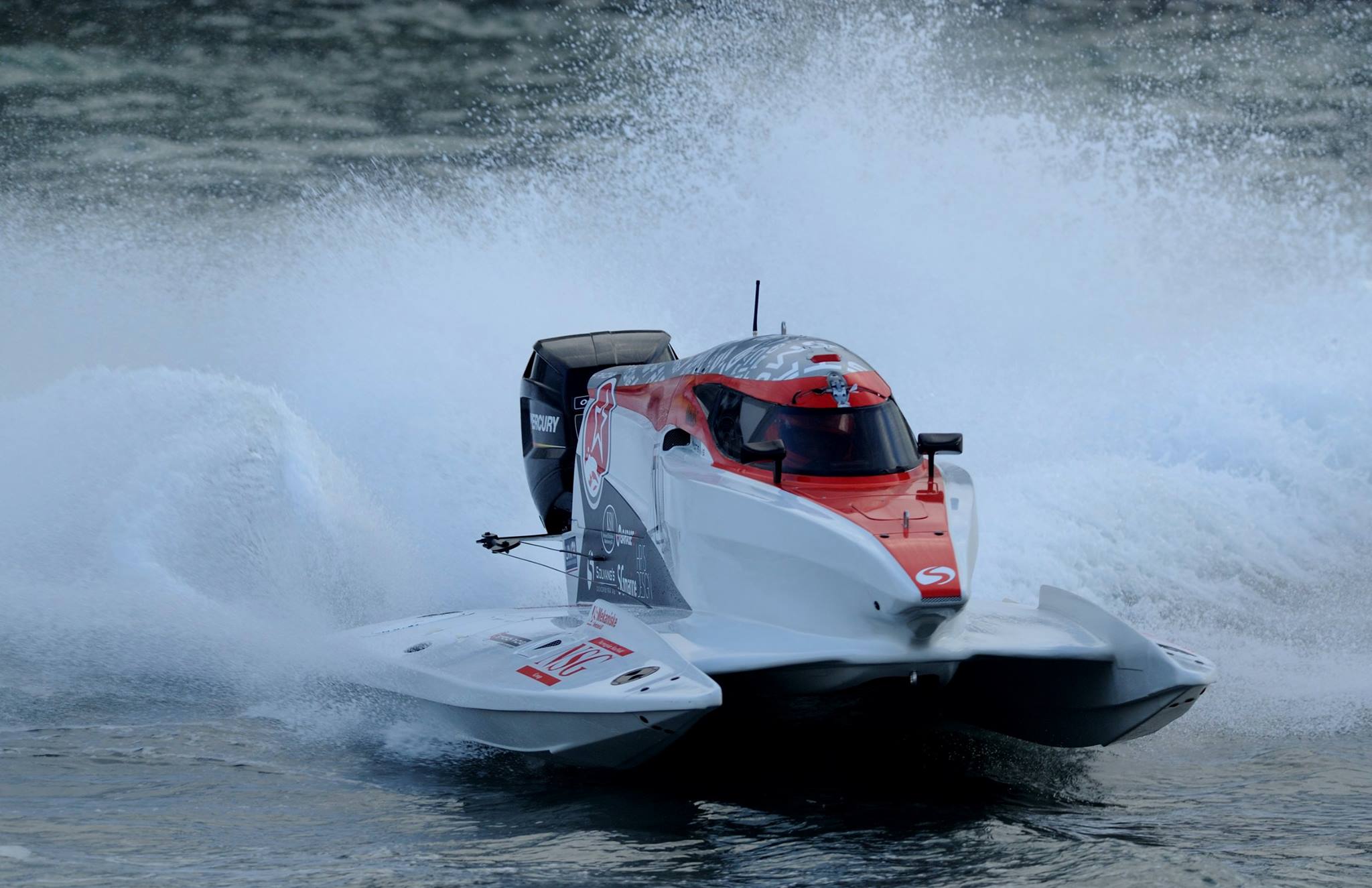 If you are going to start from your first ever, UIM F2 World Championship, pole position then what better place to do it than in your home Grand Prix.

That’s precisely what Tobias Munthe-Kaas has done and now lines up on the grid later today with that huge advantage over the remaining fifteen drivers.

We’ve been working like maniacs all over the winter and this was our goal. The guys in my team really deserve this as it’s been a real struggle at times.

This race could be the last one for Munthe-Kaas 2017 season and he hopes that getting a good result here in Tonsberg will give him the perfect boost to find more sponsorship to continue this year.

Lining up alongside him will be the reigning UIM F2 World Champion Pierre Lundin.

Today’s race won’t be easy round this tight course but it helps starting from second on the grid rather than in tenth!

Making it into the ‘Top-Six Shoot-Out’ for the first time was Ola Pettersson, who loves courses like this.

Taking the last four remaining places on the grid will be Edgaras Riabko, David Del Pin, Alberto Comparato and Owen Jelf, who all came through via the repercharge race.