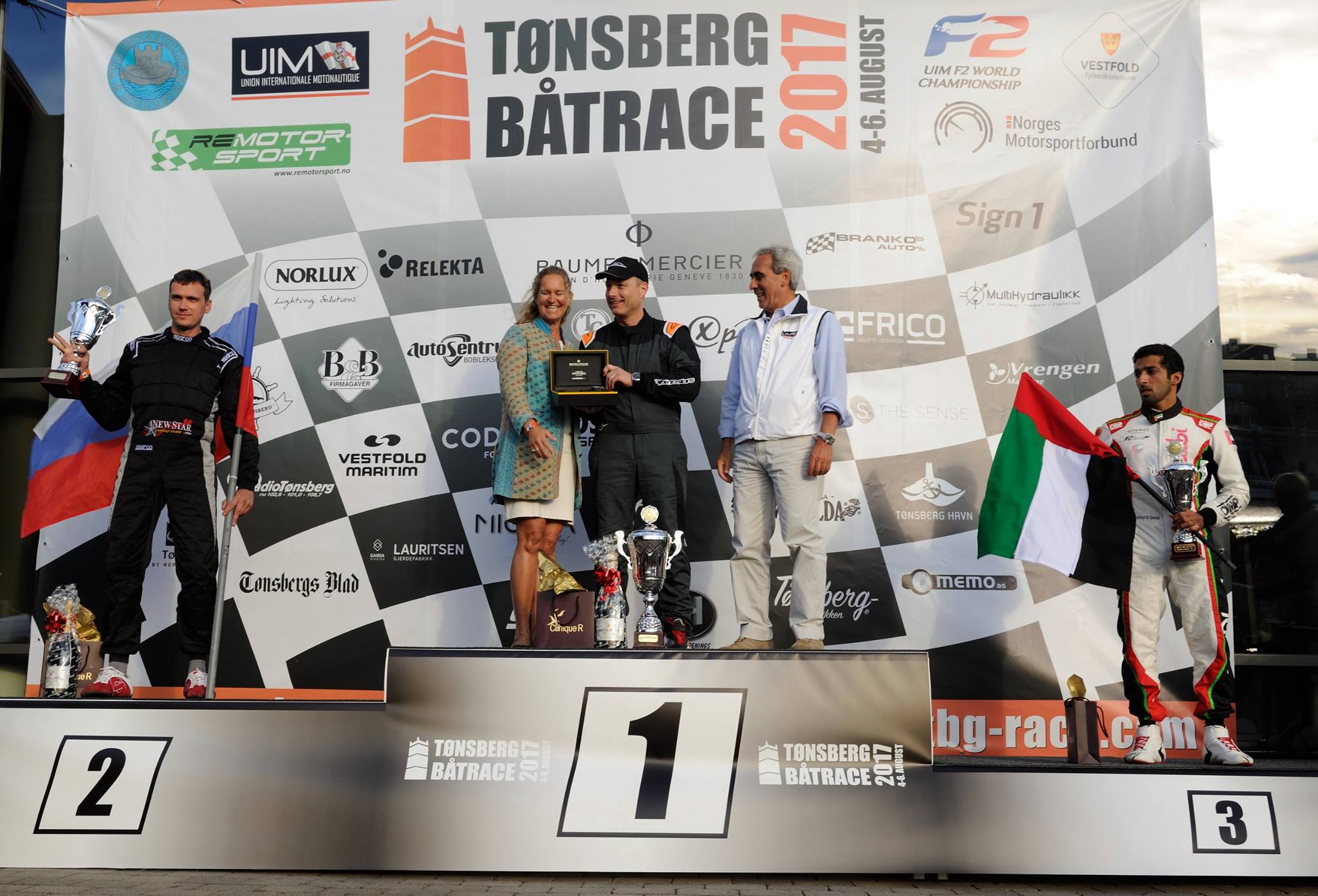 ‘The toughest ever race in Tønsberg’ is how Pierre Lundin described it when he won the EDH F2 Grand Prix, the third round of the 2017 UIM F2 Powerboat World Championship.

Sixteen drivers had lined up on the grid with Tobias Munthe-Kaas in pole position; he would be the only Norwegian driver to make it through to the Grand Prix after the local hero Frode Sundsdal had to pull out due to broken steering. Also frustratingly not making it through was Mette B. Bjerknaes. After being squeezed out in the Repercharge and ending up in fifth place, with four automatically going to the final, she nearly had a reprieve when thirty minutes before the start Nick Bisterfeld was struggling to fix a fuel tank issue.

We had the boat already prepared and I threw my gear on and ran down to the wet pit, only to be disappointed with the news that they managed to repair the fuel leak, so no race for me

As the drivers sped away from the start pontoon it appeared to many people that one driver had clearly jumped the start and was already three boats length ahead of the chasing pack. Erik Edin was thus given a one lap penalty, although he would protest this after the race had been completed. With Edin out of contention it meant the race was actually being led by Rashed Al-Qemzi, with Lundin hot on his heals. With just five of the forty five laps completed, the rescue teams were called into action when Rupp Temper flipped his DAC at the far end of the course. Fortunately the Austrian driver, who had made a great start and was already up to sixth place when the crash happened, was uninjured.

With the race now back underway Lundin went to make a move on Al-Qemzi but he caught the spray of the Team Abu-Dhabi driver and lost second position to the New Star driver Konstantin Ustinov who had been very quick all weekend.

Just as the Grand Prix was nearing the half distance mark the rescue teams were back in action, this time the stricken driver was the pole position man Munthe-Kaas. As he had approached the turn alongside the town quay, his BaBa hull spun, hit the turn marks and over it went. With the Norwegian driver safely ashore, it meant the pack had bunched up behind the race leader and as the green flag was shown Lundin made a great start and this time was side by side with Al-Qemzi down the far end of the course. Ustinov, meanwhile had also made a great start and now found himself on the inside of Al-Qemzi coming in to the far turn. The Russian driver made that advantage count and took the race lead. With the UAE driver blinded by the spray from the New Star boat he then lost second place to Lundin.

With the race nearing completion it looked like Ustinov would take the victory but a mistake by the Russian driver at the town quay turn allowed Lundin to close the gap right down. Then on the very last lap the reigning World Champion used all his race knowledge to out fox the New Star driver as the pair battled it out on the far straight. Taking the inside line at the far turn Ustinov had no option but to allow Lundin through to take the chequered flag.

I had to race hard today

there are so many fast drivers out there right now. This championship has become the most open one I’ve ever raced in. It’s so tight out there that you almost need the other guy to make a mistake and that’s precisely what Ustinov did.

Finishing in third place but now with a twelve point lead in the World Championship title race was Al-Qemzi who had mixed feelings about the race.

After that happened I thought ok time to back off and not give it one hundred percent because it became all about the points I could collect with a third place finished. It’s still my dream to become the first UAE driver ever to win a circuit world championship title and I leave Norway with that dream still alive.” 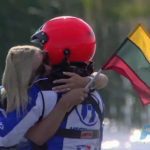 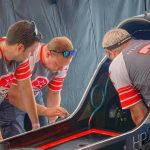 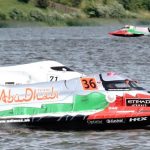 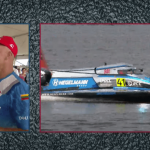 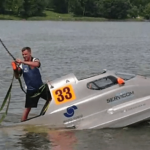