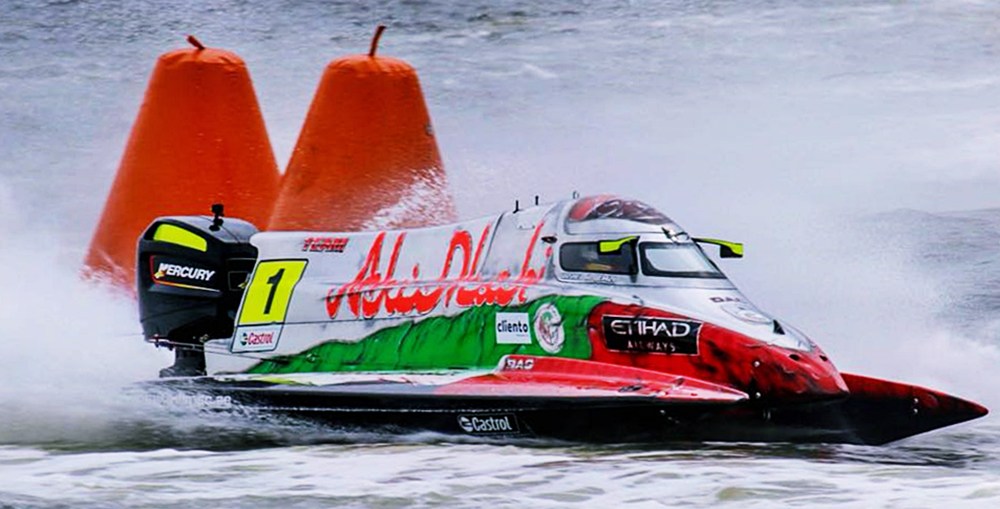 Al-Qemzi took third place on the famous fjord course last season and consolidated the Emirati’s championship lead before he went on to seal the shortened championship in Portugal last autumn.

Following the cancellation of the second round of this year’s championship in Denmark in June because of adverse weather conditions, Al-Qemzi arrives in Norway lying fourth in the title race behind Italy’s Alberto Comparato, Lithuania’s Edgaras Riabko (below) and Germany’s Stefan Hagin.

They filled the podium positions at the opening round in Kaunas earlier in the summer where Al-Qemzi was fourth.

Last year’s Tønsberg winner Pierre Lundin is not racing this season, but Al-Qemzi and Team Abu Dhabi colleague Rashed Al-Tayer face competition from a formidable line-up of 29 provisional entries all trying to qualify for 18 places in Sunday afternoon’s EDH Grand Prix of Norway.

With the news from Gordon Cook Racing will not be running David Del Pin or Grant Trask, Team Abu Dhabi faces competition from Dubai’s Victory Team, which is making its first appearance in Tønsberg with four-time UIM F1 H2O World Champion Alex Carella (below) and Mansoor Al-Mansoori. 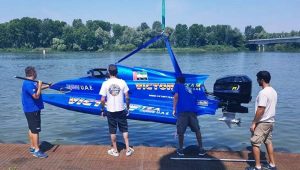 Once veteran’s Duarte Benavente, Rupp Temper and the likes of Brent Dillard and Gavin Bricker are thrown into the mix, the importance of a good Norlux Qualifying session on Saturday afternoon is emphasised.

Formula Two is very strong this season and it will not be easy to defend the title with so many drivers out there fighting. We made a strong start at the first race in Lithuania and then the second one was cancelled. That makes it all the more important that I achieve a good finish this weekend. The team has been preparing hard for this race and we are confident that we can push for pole position and fight for the win.

The Tønsberg Båtrace (EDH Grand Prix of Norway) is organised by Re Motorsport under the auspices of the Norwegian Motorsport Federation (NWF) and the support of F2 racer and project manager Frode Sundsdal.

On-course action begins on Friday (August 3) with the Baume and Mercier Speed Run and Match Race for the top 16 drivers in the UIM F2 World Championship from 17.05hrs.

This follows the official opening by the local Mayor Rune Hogsnes at 17.00hrs.

Official practice for the first of two groups of F2 boats gets underway from 13.30hrs on Saturday (August 4) afternoon and a second group takes to the water at 14.30hrs.

Norlux Qualifying will be split into three sessions with three 20-minute Q1 heats starting at 17.00hrs.

The field will be whittled down to 15 boats for Q2, which will run for a further 15 minutes.

A 10-boat shoot-out to determine Pole Position gets underway for the fastest drivers later in the afternoon.

Teams will be permitted warm-up on the course from 12.20hrs on Sunday and there will be a Repechage race for boats that have not already qualified for the F2 Grand Prix from 13.30hrs.

The fastest three will then join the top 15 Q3 qualifiers for the main race.

BY NEIL PERKINS on powerboatracingworld.com