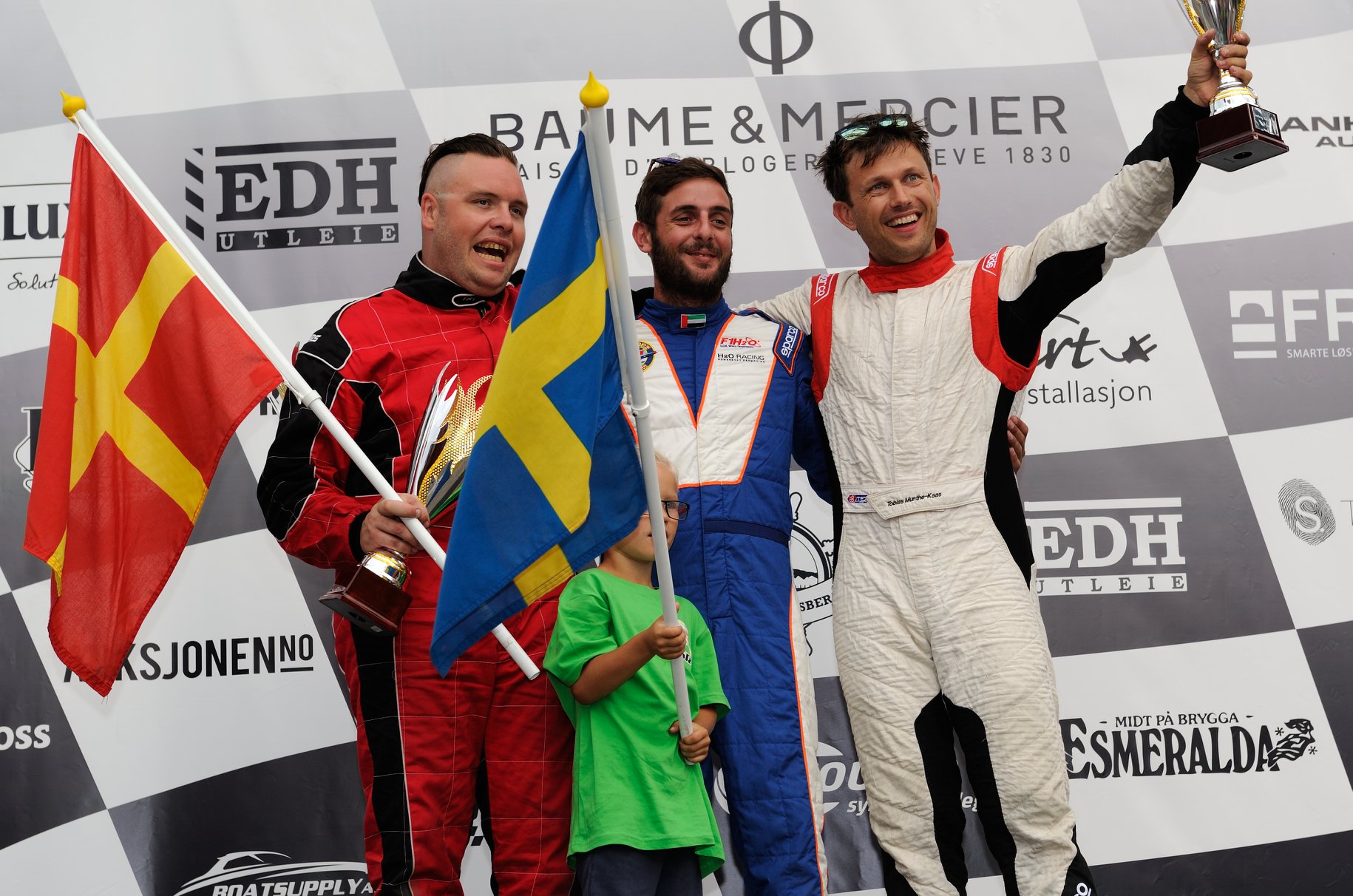 The Victory Team’s strategy of putting Alex Carella into their UIM F2 hull started to pay off this evening in Tonsberg, Norway. The Italian recoded an impressive 187 KPH in the Speed Run and beat Ola Pettersson in the Match Racing final. Carella said:

We have a good package which really worked well today. In the turns it was really stable, so I think little by little we are getting there. What I did today is also important for team spirit as it has taken a hit over the last few months. 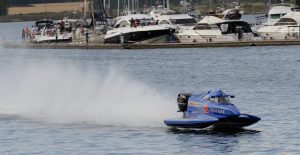 The local hero Tobias Munthe-Kaas beat American Brent Dillard in the Match Racing play off for third place, but only just missed out at having a crack at Carella.

After I only just beat Osterberg in the first heat we changed props as I needed that extra punch to get off the start grid. There is talk amongst some of the drivers that maybe we do away with the Match Race and Speed Runs at future Grand Prix. What we showed today is that with an excellent, well drilled organisation you can really make them work, much to the delight of the crowds. 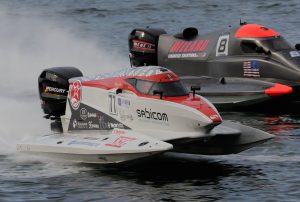 A message that was echoed by Sweden’s Ola Pettersson:

the support I got from the Swedish fans up on the bridge was terrific. This type of event gives others a chance to shine in front of their fans.

Racing resumes on Saturday with ‘Free Practice’ for Group A drivers starting at 13:30 local time followed a little later at 17:00 with the Norlux Qualifying sessions.