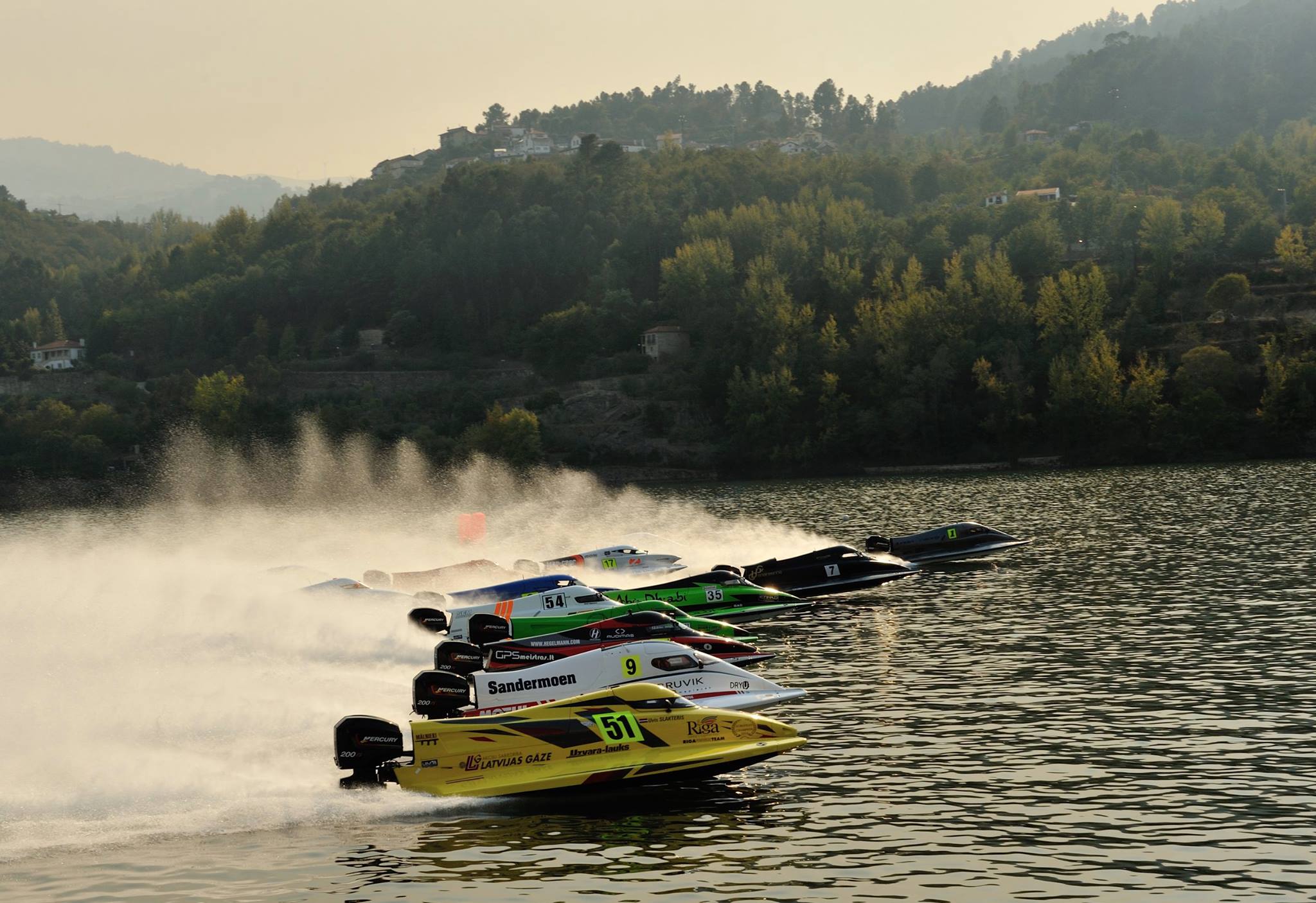 Following his victory here in Ribadouro, Bãiao, twelve months ago, come Sunday the local spectators will once again be out in huge numbers to cheer on their Portuguese ‘super-star’ Duarte Benavente and judging by his recent success at last months UIM F2 European Championship, held in Lithuania, many will expect nothing less than a podium finish.

So, what do you want me say, sure you’re hoping for me to say that I will win here on Sunday

Honestly, there are three drivers much quicker than me, so even a podium spot will be tough going.

Those three that he was referring to are World Championship leader Alberto Comparato, the reigning Norwegian Champion Tobias Munthe-Kaas and the man that beat him to the European Crown, Edgaras Riabko.

Yes, there is no doubt that when you look at the current form these racers are in it would take a brave man to bet against them dominating this weekend’s results sheet but perhaps Benavente could call upon his years of experience to upset that form book.

Experience doesn’t give you the speed you need when it comes to deciding the starting grid for Sunday’s Grand Prix. If they took the times from Q2, when there are fifteen boats on the water, and set the grid from them then an experience driver would be able to find that good lap to take pole position. You never race alone, so why should we qualify alone.

One driver that stood next to Benavente on that podium a year ago has now developed a taste for the champagne and laurels that success brings.

Sure, when we left Finland back in 2016 with a race win it felt good. In reality though that result was more about luck and other people’s mis-fortune.

Since then the young Italian racer has spent hours in his DAC practicing on circuits that mirror those used at this years Grand Prix and to good effect. As for his title aspirations he’s playing it rather cool even though he leads the championship by eighteen points.

This weekend my focus will be solely on the race, maybe after Sunday that might change.

Trying his hardest to close that gap will be Tobias Munthe-Kaas and he feels now is the moment to mount an all-out title bid challenge.

We have finally solved the problems with my starts

and now my goal will be the top step of that podium on Sunday night, Comparato can’t relax just yet as I’m coming for him.

The Grande Premio de Portugal begins on Saturday morning with the Official Opening Ceremony which takes place at 09:15. That will see the drivers representing sixteen different nations hoisting their counties flags aloft in the presence of the local dignitaries and race VIP’s. Free Practice will then commence at 11:00 and Qualifying Q1-Q2-Q3 at 15:00 local time.