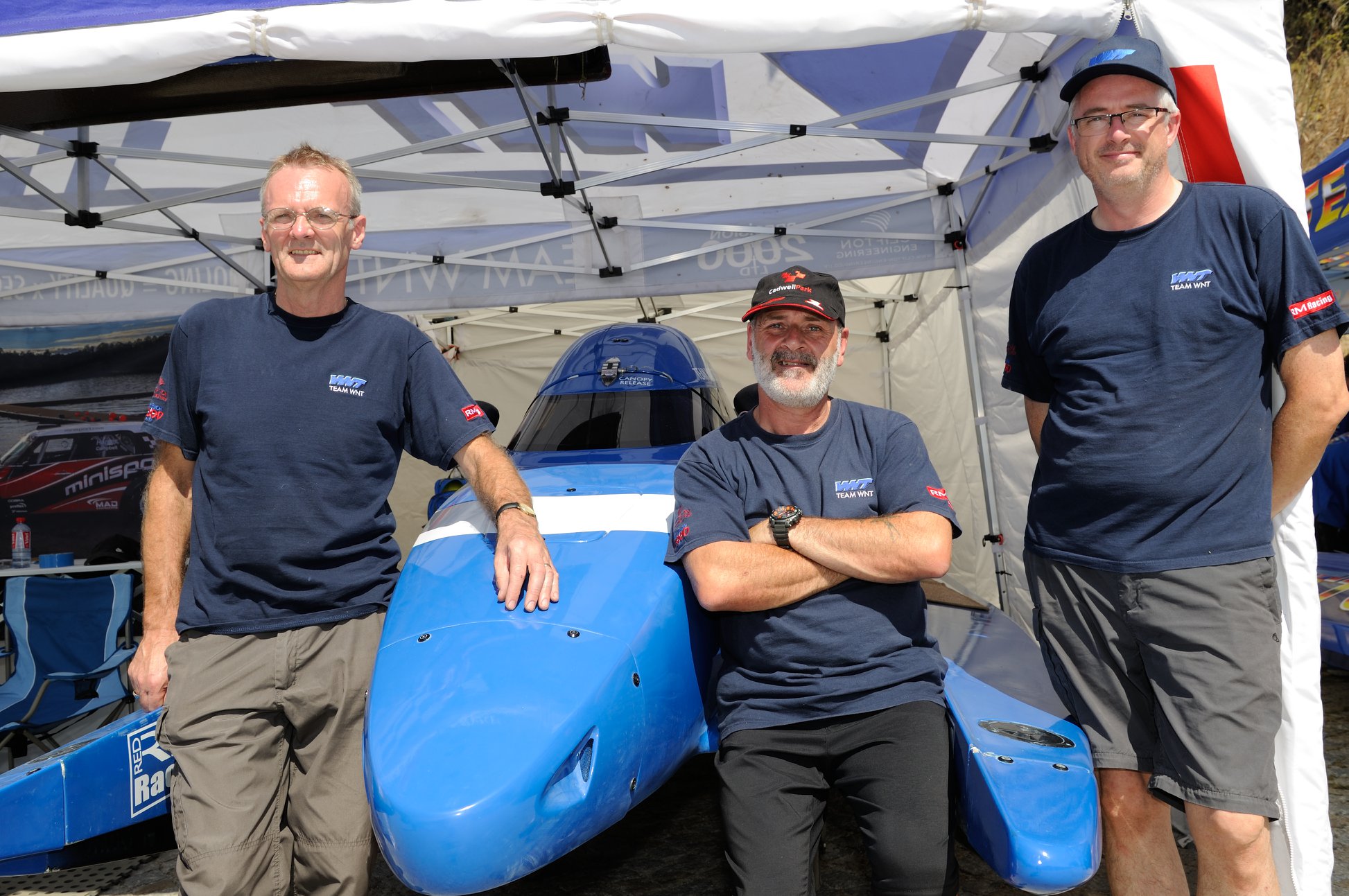 Making a welcome return to the UIM F2 World Championship is Britain’s Steve Hoult but its not been without some last-minute tension.

At the beginning of the year Hoult could see that the RYA F2 National Championship was not clearly defined, so he started to look for alternative venues to race his WNT sponsored Molgaard hull at and one such venue was the classic location of Chalon-sur-Saone in France. As part of the French National Championship and also being staged as an ‘International Ordinary’ event meant that the local organisers, who for several years ran some superb rounds of the UIM F1 World Championship there, were able to invite foreign racers to compete against the seven French drivers gathered there. So, Hoult took up the challenge even though he had never been there before, let alone raced there.

The weekend would consist of a race on Saturday and one on Sunday and much to the organisers delight twelve racers had signed on to compete. In the first race Hoult started in second place behind the extremely quick Tullio Abbate from Italy. Having problems with a loose cockpit canopy meant Hoult was soon caught and past by the French driver Phillippe Touré. With that issue now solved it didn’t take the British racer long to re-take second place and it wasn’t long before he had the lead boat in his sights. With Abbate coming under immense pressure he suddenly hooked his DAC allowing Hoult to take the lead, one which he never relinquished and went on to take the chequered flag.

Hearing them play the National Anthem was just a wonderful experience

said Hoult but he knew the job was half finished and that Sunday would see him having to do it all over again or, so he thought as during the morning timed session disaster struck.

All night we kept saying to each other ‘all you have to do was keep it on the water’ because I knew that there was just over a week before I was due to race up at Rother Valley back in England, an event that was sponsored by WNT.

As Hoult was heading down the long straight his Molgaard hull performed a 180-degree spin, then dug in and barrel rolled to a standstill.

said the unfortunate Brit. The impact resulted in some severe damage to the left hand sponson and the team knew it would mean a trip to the Molgaard factory in Denmark.

I sent Christian Molgaard several images showing him the damage that had been done, so he knew what to expect when we arrived at his factory.

After just three days the repairs had been completed and the team could then start their long journey to Ribadouro, Baiao for the Grande Premio de Portugal, where Hoult is hoping that once again he gets to sing the National Anthem.