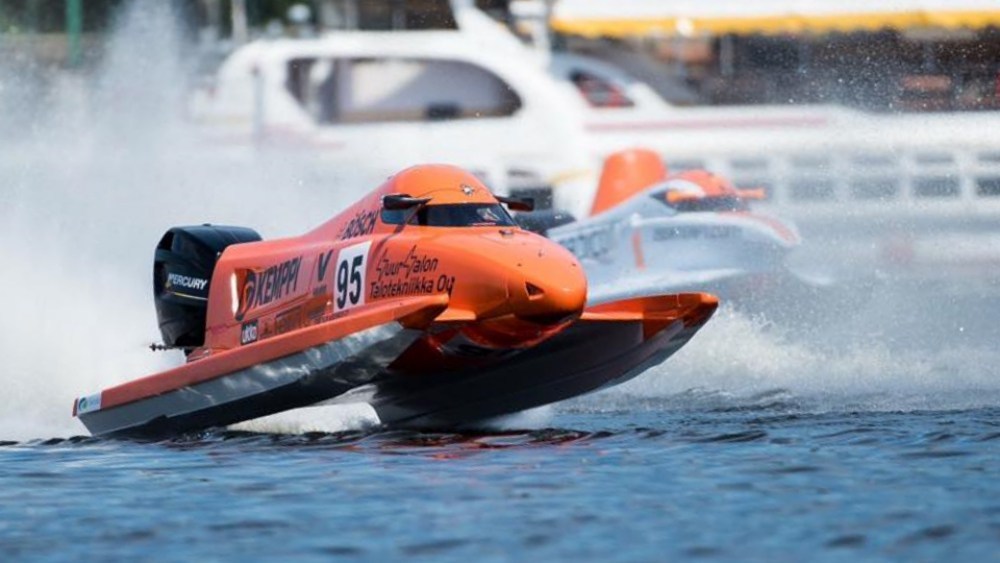 Springtime has over the years been the season for International Boat Shows, and this has given several of the UIM F2 World Championship Teams the opportunity to not only showcase themselves but also their sponsors whose continued support enable them to compete on the world stage.

One such driver is Finland’s Kalle Viippo and his KV Racing Team.

A relative newcomer to racing F2, Viippo took time out from his punishing Winter training schedule, to attend the Helsinki Boat Show back in February and he told me:

This year we started our promotional work really early and had almost everybody from our team at the show for the whole ten days.

Kemppi, one of our sponsors, are a world-leading Finnish manufacturer of arc equipment and a provider of solutions for highly productive welding, so each day we promoted their new x8 mig welding machine on our stand.

Attending the show also allowed him to take a well-earned break from the gym:

I have already lost almost 20kg´s in body weight.

Now we can have boat weight closer to the minimum, plus more speed of course.

In the meantime he is waiting for the ice to melt so he can get out on the lake to put his Molgaard through its paces:

This year is going to be one to remember!

Another driver waiting for the ice to melt was Sweden’s Ola Pettersson, who finished last season just outside the top ten in the UIM F2 World Championship.

Just South of Stockholm ‘Allt för sjön’ is Sweden’s most important meeting place for boat and water enthusiasts. Here motorboat owners, sailors, archipelago enthusiasts and water sports fans meet up with those who love the marine lifestyle and Pettersson explained:

When you are at the fair in Stockholm, this is the start of the new competition year.

We were one of four hundred exhibitors and over the ten days that we were there some 70,000 visitors attend; many were old racing friends venturing out after a long and cold winter.

Next week sees the start of the Oslo International Boat Show (Sjoen for alle) and amongst those exhibiting is Frode Sundsdal and his racing team:

I have attended boat shows since I was a kid.

I love the feeling you get when you exhibit the raceboat, meet race fans from all over the country and talk about our upcoming season.

On Tuesday we have a VIP opening event were we will also announce our new sponsors, and then from Wednesday to Sunday it’s open to the public.

I have a 400 square meter stand this year, that’s a lot of space to fill, but I’ve invite my partners to join me.

We don’t use the word sponsors anymore in my team; we call them partners, because that’s what they are.

It’s going to be all about promotion, whether that’s the race team or the fifth edition of the Tønsberg Boatrace.

It’s not about lap times and race results, it’s about time spent backing up your partners or you will lose them. 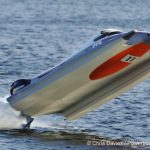 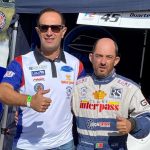