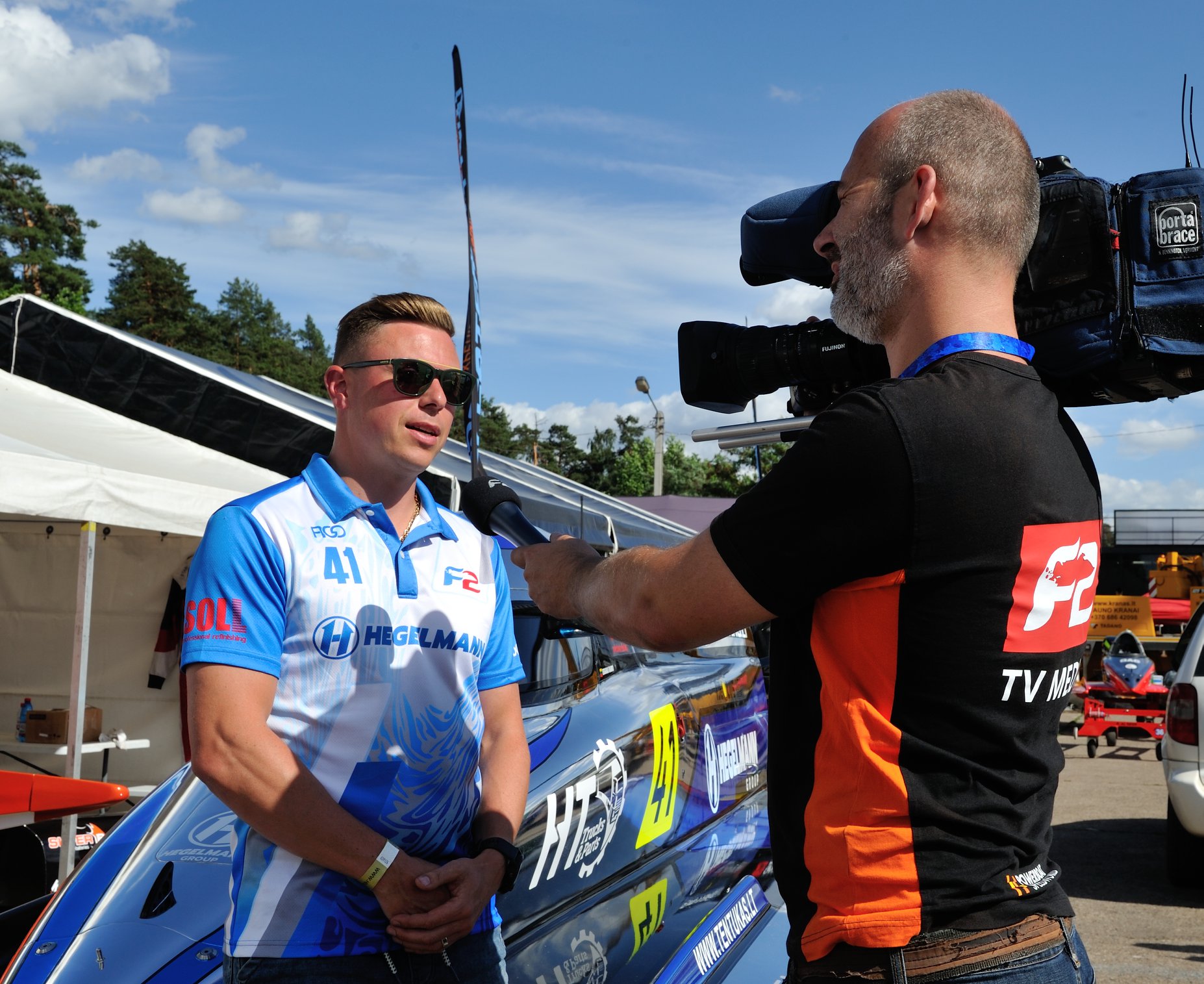 To compliment the superb video coverage produced by Christian Langer from Powerboat Speedworld Production, UIM F2 World Championship race fans from around the globe will be in for a real treat during the opening round of the 2019 Championship.

Edgaras Riabko, the man behind the Grand Prix of Lithuania, will make sure that every angle is covered with a live stream of the Qualifying Sessions from around the 2 Kilometre course on Saturday 29 June. That will be followed a day later with live coverage of the Grand Prix from 14:45 local time, which for the first time will also be streamed live on the Lithuanian National TV Channel LRT.

To become more well known I suggested that we start live streaming from our races. We need to give our sponsors a good opportunity to promote themselves, plus family and friends back home will also appreciate the coverage.

Riabko will be using a local live streaming company, Zoom TV, who will provide coverage from eight camera positions. Commentary will be in both Lithuanian and English. Riabko has signed up two familiar names to powerboat racing in the shape of Jason Mantripp, who many will remember provided the live commentary when the UIM F2 World Championship last visited Nottingham for the British round of the series. Standing alongside him and feeding him with all the latest gossip will be John Moore, the Editor of Powerboat Racing World. Moore, who only recently discovered that his Great Grandfather was actually Lithuanian said ‘that he was delighted to be heading back to Kaunas and relished the opportunity of catching up with his F2 friends.’

To follow all the action log onto www.Lrt.Lt/mediateka for the Lithuanian commentary and for those after the English commentary you can find that via the UIM F2 website page which has a link to the YouTube channel or alternately via the Powerboat Racing World website.