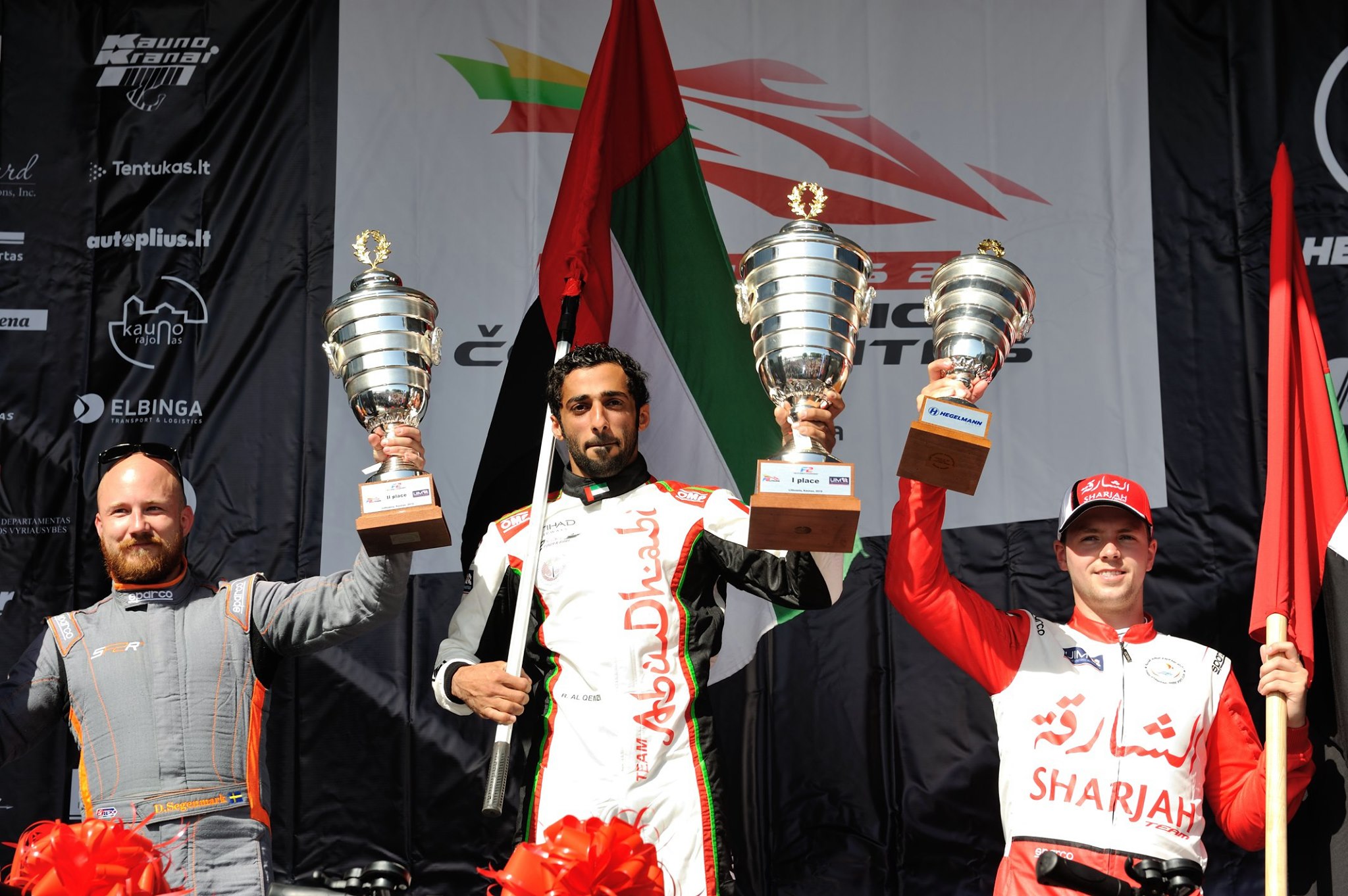 In one of the most eagerly anticipated UIM F2 Grand Prix that’s been staged in Lithuania, competitors and race fans alike were all kept on their toes during a dramatic afternoon of racing.

Thousands of fans had made their way to the Kaunas lagoon, taking advantage of free access, to watch the opening round of this year’s championship, whilst topping up their tans in the process. Many had expected to see their local hero, Edgaras Riabko on the start line but alas it wasn’t to be. He had been struggling with engine issues throughout qualifying on Saturday and even after a seriously late night in the pits he and his team just couldn’t solve the problem. This left the distraught Lithuanian with no chance in the repêchage from which he failed to progress from. The Austrian driver Rupp Temper showed those gathered in the ‘Last Chance Saloon’ that despite his mature years he was still a force to be reckon with coming home in first place and securing sixteenth on the start grid for the Grand Prix. He would be joined by Brent Dillard, Mette Bjerknaes, Konstantin Ustinov and Hector Sanz.

With the race being shown live via the National Broadcaster, along with feeds to the F2 YouTube Channel, the twenty drivers lined up on the grid. Sat on pole position was the Team Abu Dhabi racer Rashed Al Qemzi who had tasted victory here back in 2017. As the start lights went out Al Qemzi’ s Optimax 200 engine developed a stutter which allowed both Stefan Hagin and Tobias Munthe-Kaas to take full advantage of the Emirates plight.

As the remaining drivers swarmed around the demarcation buoy Al Qemzi found himself back in third place which is where he remained until lap twenty-seven and the first of the afternoon yellow flag periods. This brief respite in racing allowed the officials to relocate the turn marks that had become dislodged, it also allowed the pack to close right up on the race leader Hagin. When racing got back under way, it wasn’t long before those yellow flags were needed again. As Hagin was leading the charge down to the pit turn, his prop shaft decided to part company with his propeller leaving the poor unfortunate German stranded on the turn mark. In the ensuing mayhem Rashed Al Tayer was hit from behind bringing his weekends racing activities to a premature halt. Also, out at this stage was Temper with a leaking fuel tank filling his cockpit with fumes.

Whilst Hagin was towed back to pits the officials once again took advantage of another break in racing to replace more turn marks. With barely ten laps remaining the field was being led around the course by Munthe-Kaas who looked almost certain to take his maiden F2 victory. Moments later the chequered flag was out and as his mechanics rushed to congratulate the Norwegian driver it emerged from Race Control that he had been adjudged to have dislodged one of those turn marks, so promoting Al Qemzi to the top step of the podium. Munthe-Kaas was compelled to protest the decision but video evidence showed him nudging a mark which later floated away along with any chance of victory.

With the remaining drivers now being promoted a place, it meant that Daniel Segenmark was now in second and Ferdinand Zandbergen from the Sharjah Team was third. The young Dutch driver was almost lost for words when he realised, he was heading for the podium. “How I feel right now and what I would normally say about this result you couldn’t print” said Zandbergen “but this is just the perfect start for our teams new sponsor.” Segenmark was also slightly bewildered by the result. “The team have always told me I had the speed, but small little problems have just held us back. This is a fantastic result for our team against ones with bigger budgets, let’s hope it continues.”

Surprise was also on the face of Al Qemzi who after his engine failed to start properly thought his chance of victory had also gone. “When the lights went out my engine just coughed” said the Team Abu Dhabi driver. “I know how hard it is to catch and overtake in F2, so I just concentrated on getting to the podium and now I’m on the top step.”

The UIM F2 World Championship now takes a short break to allow the competitors a chance to secure the UIM F2 European crown which is being contested back in Lithuania on 20 and 21 of July in Zarasai. From there the World Championship heads back to Norway for Round Two being staged in Tonsberg in early August.