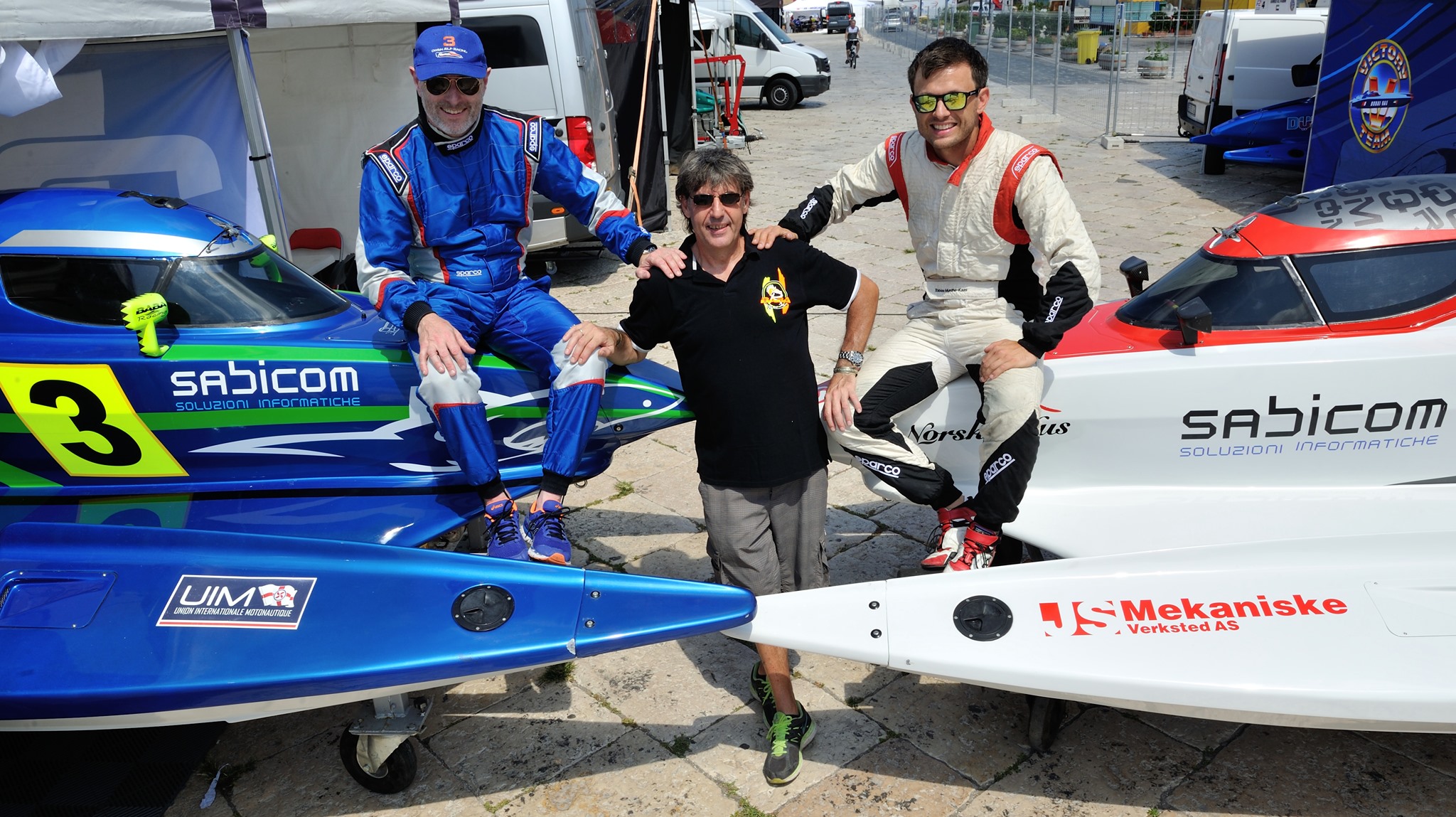 Italy has always been a happy hunting ground for BaBa Racing. Pal Virik Nilsen took their first ever UIM F2 World Championship victory in Cagliari back in 2012. Then the following year Ola Pettersson climbed to the top step of the podium in Brindisi, whilst Ivan Brigada secured the 2014 UIM F2 European title in Como.

Everybody loves to race in their own country

said Massimo Roggiero, the man behind the BaBa marque.

It gives you that important opportunity to show your fellow countryman just how fast a BaBa can be. Sure, I have to admit that another Italian race boat manufacture is a huge competitor of mine. They have shown how fast they can be, but they have never won in such a beautiful racecourse as Brindisi.

The idea of BaBa Racing Boats came about in 2005 and just one year later they introduced their first boat to the racing world. Over the next six years a lot of drivers put their trust in what was rolling out of the BaBa workshops, Sami Selio being one of them earning his two World Championship titles at the wheel of his BaBa hull. Then in 2013 BaBa ‘lost its way’ according to Roggiero. A combination of the emergence of the Moore brand in the hands of Chiappe and the unfortunate illness of Ahmed Al Hameli certainly put Roggiero and his Italian marque through tough times.

On the F2 front both Pettersson and Britain’s Matt Palfreyman finished in the World Championship runners up position, ‘close’ said Roggiero, but not really close enough for him.

BaBa drivers have always been fast; I just wish they could be consistently fast.

So, just what sort of relationship do the ‘F2 BaBa Bunch’ have with the main man? One driver who said he’s enjoyed the experience is Owen Jelf, who has raced a BaBa hull now for six years.

said Jelf, who has a long-term partnership with BaBa Racing.

Roggiero has a professional set up and I appreciate that. He takes onboard my feedback so each new raceboat he delivers is far more superior than the previous one. The finish is first class because he likes it done in the right way.

He’s also a good friend of ours, plus his experience makes racing at this level so much easier. Our relationship started some eight years ago and during that time we’ve had a lot of help from him, plus having his main man in Norway, Andrea Colombo on our team makes running a BaBa so much easier.

Well, what does the future have to hold for BaBa Racing. For a start Roggiero has diversified into other classes including UIM F4 and F500. For that particular class they looked at improving the safety aspect with new screens being fitted. He is also working on the third generation of the BaBa F2 hull which will be introduced in 2020. “It’s a step up in safety again” said Roggiero.

I have looked at what F1 motor racing has been doing with the cockpit ‘halo’, but more will be revealed closer to the time.

The third round of the UIM F2 World Championship gets underway tomorrow in Brindisi with Free Practice at 10:00 followed by Qualifying Sessions – Q1-Q2-Q3 at 16:00.