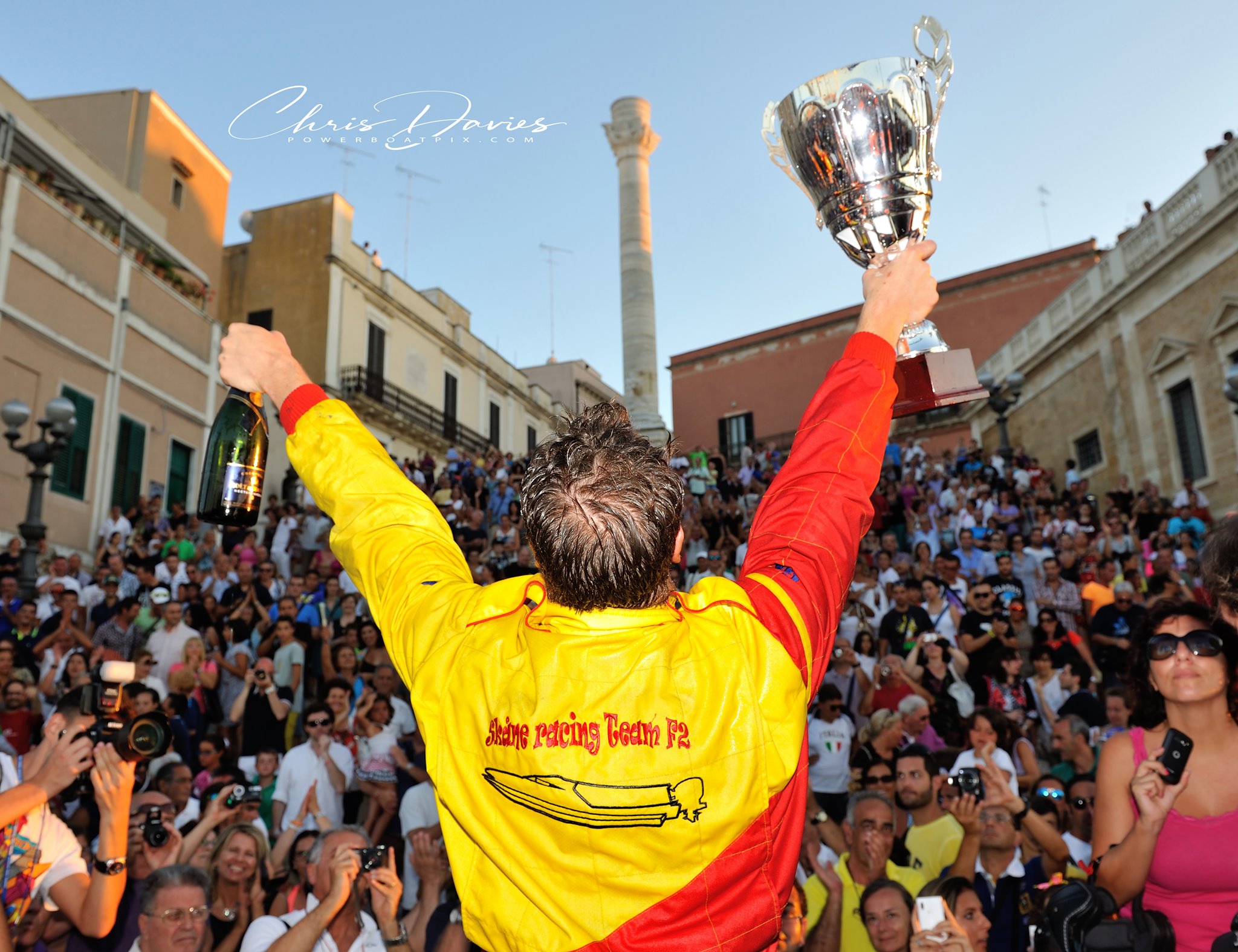 Back in 2013 when the UIM F2 World Championship first visited the city of Brindisi on the Adriatic coast of Southern Italy, Swedish drivers were ever present on the race podium steps but it wasn’t just the likes of Erik Stark and Pierre Lundin who were collecting the winners laurels.

In fact, and much to the delight of the huge numbers of spectators it was Ola Pettersson who took his BaBa raceboat to a stunning victory.

That was one of the best moments of my life

said Pettersson. Some six years later he can still vividly remember how the race unfolded and describes it as one of the toughest he’s raced in.

I qualified well for that Grand Prix and started alongside Stark who was on pole.

Such was their dominance that five of the top six grid positions were occupied by Swedish racers. As the start lights went out Stark was left behind by both Pettersson and Paolo Zantelli.

said Pettersson who had taken precautions including using a tinted helmet visor and a darker canopy glass to counter this tricky situation.

A mistake by Zantelli allowed Pettersson to take the race lead but even he was struggling.

The spray was causing me a big headache because the saltwater stuck to the screen like glue.

Stark was also on a charge and overtook Pettersson with just a hand full of laps to go. Then when they were approaching back markers Stark was left with little choice for manoeuvres and took out the turn buoys at the top end of course. This effectively handed Pettersson the race win but as he said you have to be in the mix to pick up the trophies.

I’m really looking forward to going back to Brindisi as I want to show my fiancé Jacqueline one of the nicest racecourses we compete on. Yes, it has several challenges including the incredible heat and the ever-present problem of finding the perfect propeller to run. From a personal point of view, I need to up my game in qualifying, but I like technical courses like this one because for once natural talent plays a bigger part than just having large amounts of cash to throw at it in pursuit of that prize.

The action in Brindisi gets under way at 10:00 local time on Saturday morning with free practice, while the three-stage qualifying session starts at 16:00.

Following the repêchage beginning at 10.45 on Sunday morning, the top fifteen qualifiers begin their 45-minute warm up at 11.30 prior to the Grand Prix of Italy commencing at 18.30.