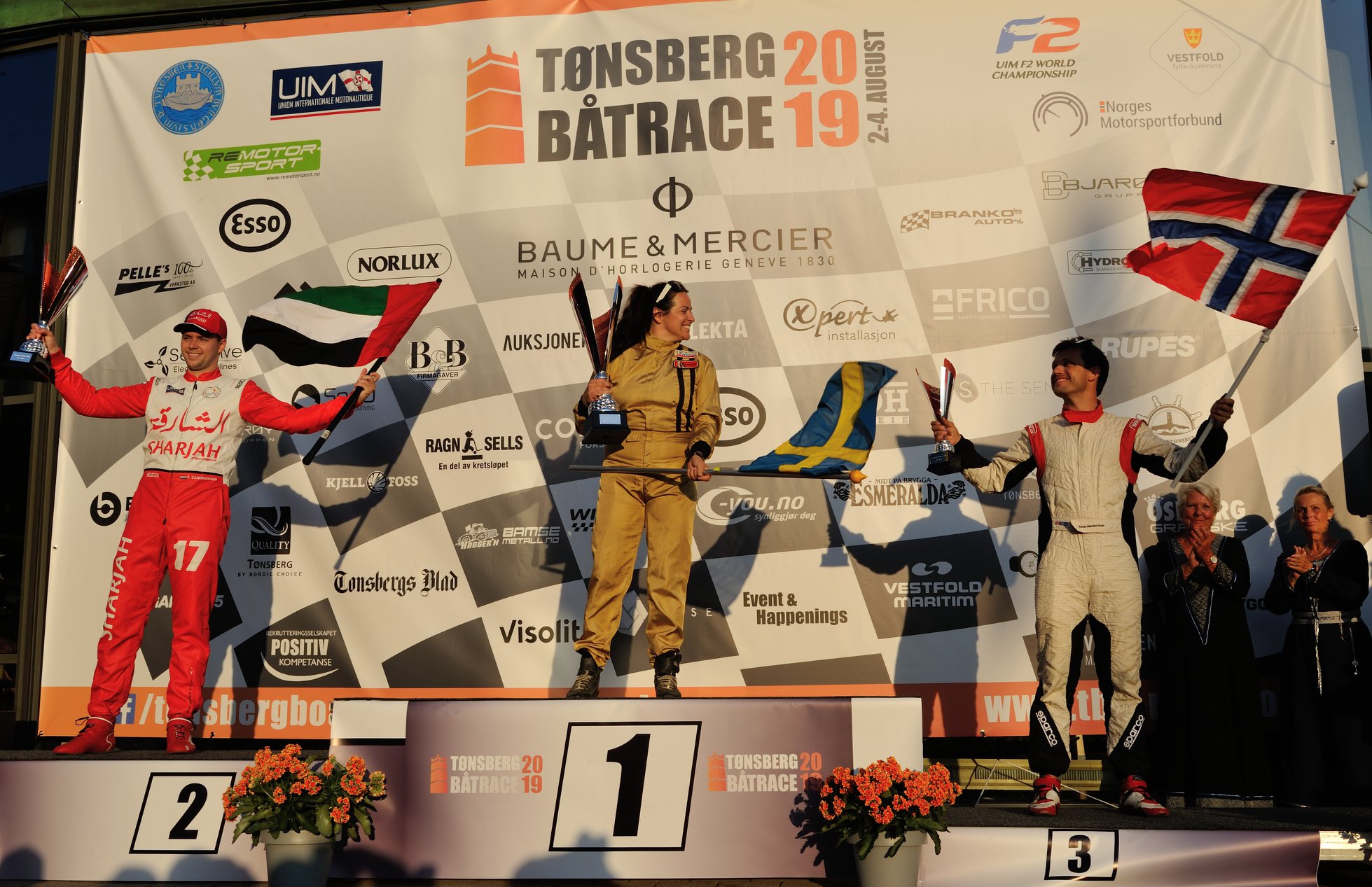 In what has almost become a tradition in just a very short space of time the 2019 Tonsberg Batrace kicked off the weekend of racing with the Friday evening UIM F2 Speed Run and Match Race. First out of the starting blocks was Team Abu Dhabi’s Rashed Al Tayer who set a blistering quick speed of 186 Kmph.

The boat was very stable today

I am sure that I could have gone faster because we picked a prop that we thought could have seen me hit 190.

Edgaras Riabko, who recently retained his UIM F2 European Championship title came within touching distance of the time set by Al Tayer just missing it by one Kmph. Setting the third quickest time and rounding out a trio of DAC runners was the local hero Frode Sundsdal with 183Kmph.

With the sixteen selected drivers now all safely on the start pontoon it was time to get the Match Race under way and it wasn’t long before some of the pre-race favourites were heading back to the pits. These included Owen Jelf, who lost out to the Frenchman Philippe Tourre, Rupp Temper, who developed mechanical issues and Brent Dillard, who was out gunned by Bimba Sjöholm.

Mechanical woes soon had Tourre heading back to the pits allowing an easy passage through to the semi-finals for Tobias Munthe-Kaas. The Norwegian driver would be joined by Riabko, Ferdinand Zandbergen, and Sjöholm who quickly disposed of Sundsdal. The Swedish driver was certainly on a mission as her next scalp would be that of Riabko. That meant she would line up alongside Zandbergen in the final. Try as he might, the young Dutch racer couldn’t keep up with Sjöholm who took a well-deserved chequered flag.

It just got harder and harder each round

I know the Match Race is not why we are here but it’s a huge confidence boost going into the weekend. Does it come close to making up for the disappointment of the race here in 2015, no that’s still unfinished business.

For Zandbergen it was more a sense of relief after his disappointing European Championship weekend.

We are back in the ballpark. The team told me not to take any risks, so we choose an average prop, and everything felt really comfortable today.

one bad start was all it took for that to evaporate. Now I need to concentrate on qualifying well tomorrow so I can make up for what happened in Kaunas.

The Norlux Qualifying will begin here in Tonsberg at 17:00 local time on Saturday.