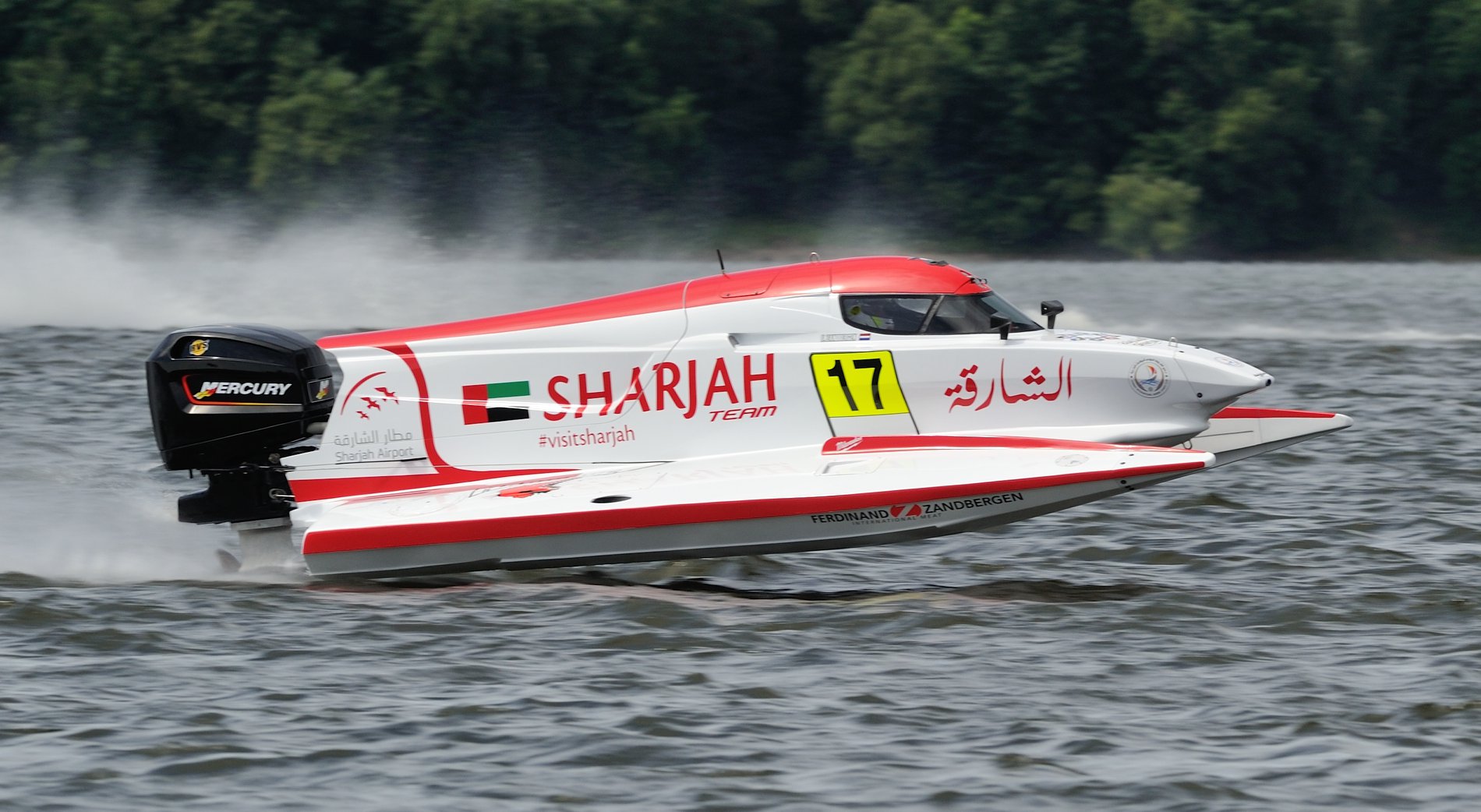 Twenty-four drivers are currently heading towards Tonsberg, Norway for Round Two of the 2019 UIM F2 World Championship and one of the first to arrive in the pits was the Sharjah Team who hope to repeat their opening round performance and claim another podium place for their driver Ferdinand Zandbergen.

Third was a very good start to the season

At the moment we are not the fastest, so our realistic target is a top five finish.

Last year’s Grand Prix in Tonsberg left the team with several issues to deal with including a damaged BaBa hull to fix along with some harsh criticism of Zandbergen’s driving to counter.

He’s not a reckless racer

yes, he pushes but you have to do that in F2 if you want to succeed. Now he’s driving good and learning his race craft. You need to get 110% out of the boat to be on pole position, right now he’s at 90% and that’s a good place to be at the moment.

At the start of the year Selio signed a multi-year collaboration with the Sharjah Sports Federation and they have big plans to develop the sport in the UAE. One of them is to train local drivers to race F4 against other teams based in and around the Emirate and also to develop the 9 horsepower SJ10 class. This type of mono-hull racing was created over thirty years ago by Selio’s father and has proved to be a true breeding ground for up and coming racers.

This stock class racing is exactly what they want in Sharjah

All the hulls come out of the same mould so throwing money at it won’t give you an advantage. SJ10 is a good level to start with, it’s like the Optimist Class of sailing dinghy.

Over the winter some of those drivers that have mastered the art of racing an F4 will then step up and train to race the teams F2 hulls which will stay out in the UAE after the final UIM F2 World Championship round in Abu Dhabi.

said Selio. He knows that following in the footsteps of both Team Abu Dhabi and the Dubai based Victory Team will be a challenge, but he’s prepared to put that work in.

Abu Dhabi now have the perfect package but that’s not always been the case, it’s only through their relentless testing program that they have achieved their results. I believe they are not unbeatable and that eventually we can be as good as them.

When I spoke to Selio he mentioned that he had seven more races to attend before he would actually get a chance to compete himself,

It’s sometimes hard trying to balance everything, like it’s strange watching my children race via my phone when I’m away at an F2 round.

One thing is sure and that’s his passion for the sport will always be set at 110%.