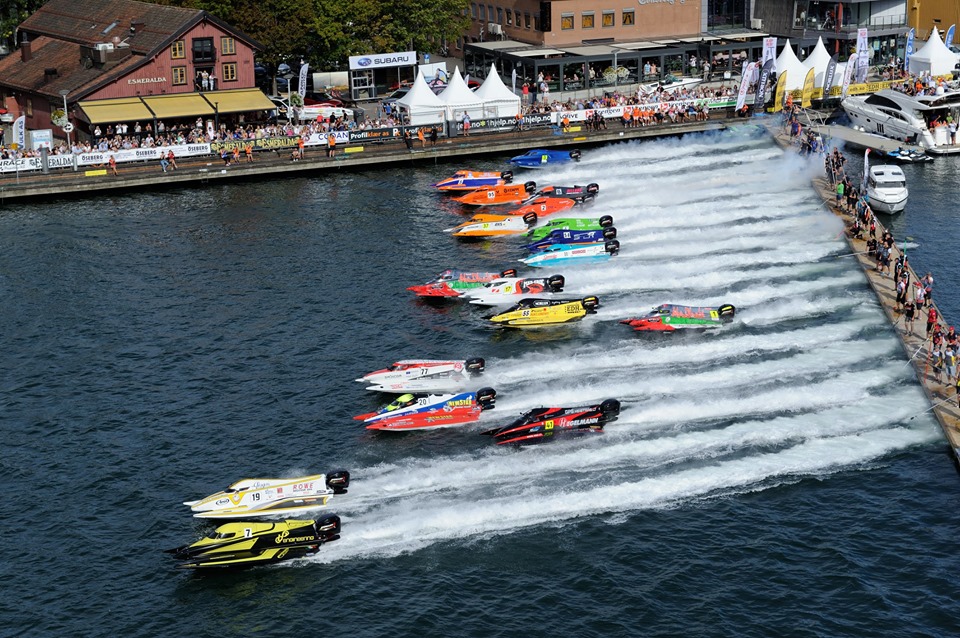 The Tønsberg Batrace now in its seventh consecutive year has never failed to leave us with some talking points to discuss over a drink or two at the end of the racing season. Whether it was the tussle between the hard charging Matt Palfreyman and Pierre Lundin through the misty rain or the time Erik Edin barrel rolled his Molgaard and still finished on the podium. Last year’s edition saw a young champion show his calibre on the way to taking the world title but perhaps the performance of the day went to his now protégé Brent Dillard whose sublime drive saw him go from fourteenth on the grid to fourth place overall at what he admits to is perhaps the toughest course he’s raced on.

This event has also left us with a few heart stopping moments none more so than the crash between Frode Sundsdal and Rashed Al Qemzi which happened on the opening lap during the 2018 race. Fortunately, both drivers escaped unhurt, and in light of what happened some changes have been made so we hopefully won’t get a repeat of last year’s accident.

We must always take advice when it comes to driver safety, so this year, we have given the start pontoon a much steeper angle. In fact, the driver sat on pole position for Sundays’ race will gain at least a fifty per cent advantage.

Sundsdal is keen to stress that from a spectators point of view it will probably look about the same and generate the same amount of excitement as the competitors hurtle towards the demarcations buoys. He is also keen to compete after his crash recently at the UIM F2 European Championship.

I have been seeing a sports coach, Tom Erik, who has been working hard to get me back into shape so that I can race this weekend.

So, what other challenges has Sundsdal had to face?

I would say every year presents a different set; some things get easier some things get harder. A huge positive step forward is that we now have a new long-term sponsor in the shape of Esso. ExxonMobil have a refinery at Slagentangen, which is very near Tønsberg. The refinery processes six million tons of crude oil, mainly from the North Sea, into fuel products for consumption and industrial purposes. Approximately sixty percent of the refinery’s production of petroleum products are exported, which makes the refinery one of Norway’s largest onshore export businesses. They are thrilled to be partners with us, and I hope to welcome some of their 350 employees at the race this weekend.

Another of Sundsdal’s long term partners, EDH, will also be at the event.

They are still involved but they are taking a different approach to the race weekend. They are still a major player and provide us with all the necessary tools for a smooth-running event. To keep these sponsors onboard they need to see the media attention and I deliver that by the bucket load

It’s not always about winning as I have found out recently, sure I love the taste of victory, but whilst other drivers post results, I make the headlines and that is what my sponsors appreciate and why they stick around.

The action will get under way on Friday evening at 18:00 with the Opening Ceremony followed by the top sixteen drivers from the UIM F2 World Championship competing in the Speed Run and Match Race.