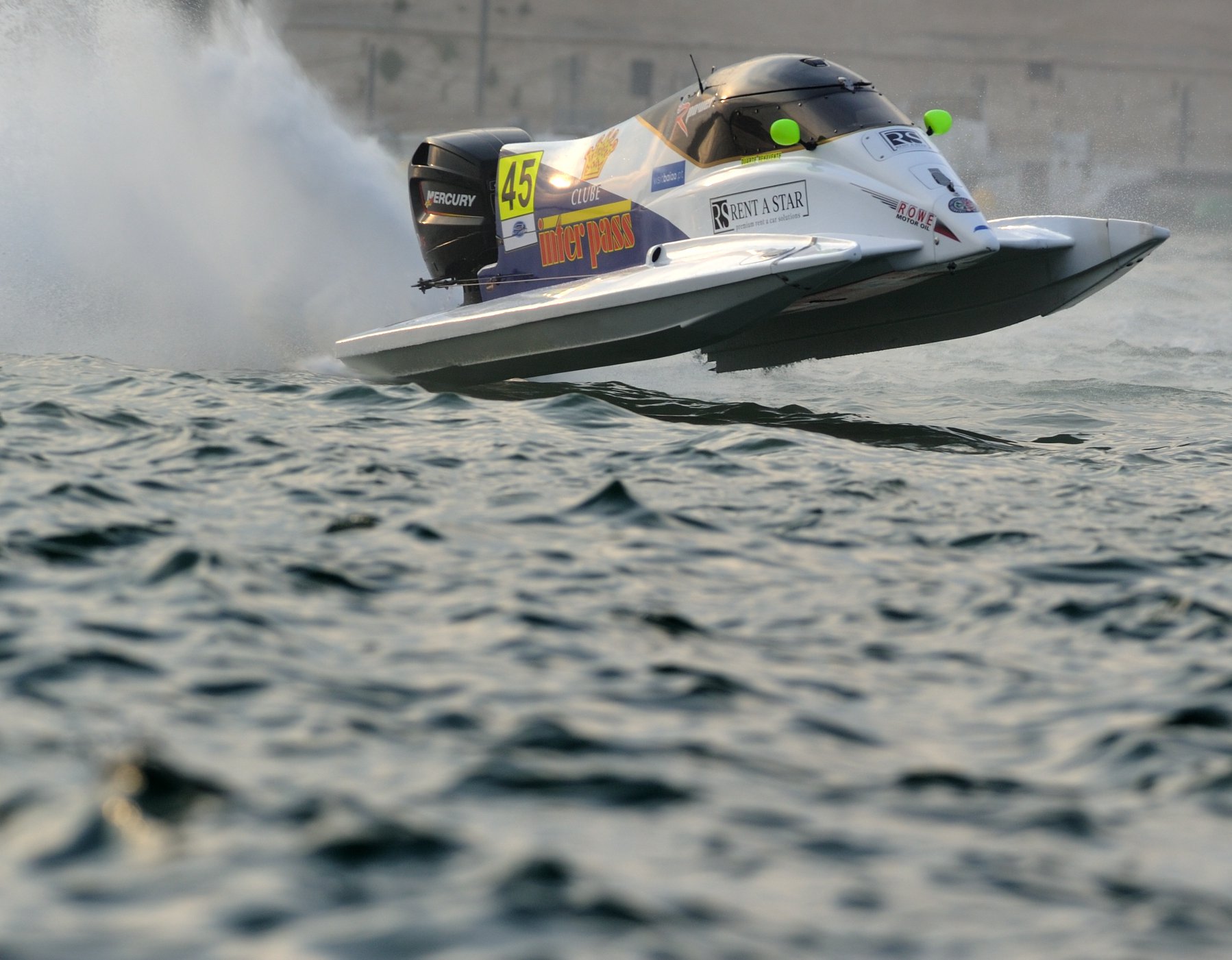 This weekend the banks of Albufeira da Pala, in Ribadouro, Baião will see thousands of spectators gather to watch the fourth round of the UIM F2 World Championship, the 2019 Grande Premio De Portugal.

Hosted by the extremely well organised Clube Nautico de Ribadouro, the event has enticed twenty-one racers to make the journey to the picturesque Douro Valley to compete in what has become one of the most open world championship battles we have witnessed in a long time. No less than seven different racers have claimed a top three finish in just three rounds and amongst them is the highly experienced Portuguese driver Duarte Benavente currently third in the world title race. What surprises many though, who follow the sport, is that in a country that has in the last three years hosted rounds of both the UIM F2 World Championship and the F1H2O series only one driver has represented this part of Iberian Peninsula.

Yes, it’s a shame but the financial situation and especially the mentality of the big companies that normally gave sponsorship to motorsport is currently a disaster in Portugal

Sport for them is football and a bit of cycling. Apart from that I have to say that the Portuguese Federation has not been doing a proper job in the last fifteen years and the sport hasn’t had chance to evolve in that time.

Benavente is keen to turn this situation around though and had been working hard to run an F2 International Ordinary race but unfortunately the Portuguese Federation had to cancel that event due to the small number of entries.

That was the plan, organise an international race this year and then send a request to the UIM for us to host the F2 European Championship in 2020. We gave all we can to the drivers to help them get here even the teams with budgets

There are several drivers that need time on the water and still they all ignore this race even after saying they will come! As to next year well that is something that FPM together with local organiser will have to decide.

Apart from trying to organise International races Benavente is also keen to encourage new local talent to take up the sport with a long-term goal of holding their own championship. Back in 1998 he won the Portuguese and Iberian Formula Two Championship, so is it a realistic thought that this series could ever make a return?

Well we can never say never but at that time we had in Portugal and Spain a lot of boats competing in both the T850 and S850 classes. Then of course some drivers made the next step to F2, you have to remember back the costs were hugely different. Now in both of these countries everything has been like frozen, no progress to GT15 or GT30 classes, no F4, nothing. That’s why myself and Sami Selio started a project with smaller classes to then try to have some drivers in F4 cats and then, only then give the opportunity to some drivers to think about F2. For sure it can happen, all the boats are finally ready, and we should start quite soon with training on the water, but it will take time in my opinion.

In the meantime, his thoughts are drawn to how he can finish on the podium at his home Grand Prix, a feat that he has achieved twice in the last three years and maintain his grip on that top three championship position place.

This year the UIM F2 World Championship is very competitive. It’s almost like first place is already occupied, apart from that anything can happen. Off course I will try as hard as I can to stay in the top positions but there’s some drivers who have increase their level of racing like Zandbergen, Segenmark and Al Tayer who have all upped their game. Add to the mix racers like Hagin and Munthe-Kaas who have always been fast then it’s going to be a tough weekend. We are ready to compete and hope the best will be there in the end. For sure we already have a great winner and that is the championship itself and the sport. To be honest I think it’s been a really good season so far and for sure there are still two very good and exciting races to take place before the end of the season.

The weekends proceedings get under way at 09:15 on Saturday 14 September with the now traditional Opening Ceremony where drivers from each of the twelve nations represented will raise their countries flag. This will be followed by Free Practice at 11:15, with Qualifying for the 2019 Grande Premio De Portugal getting under way at 15:00 local Portuguese time.