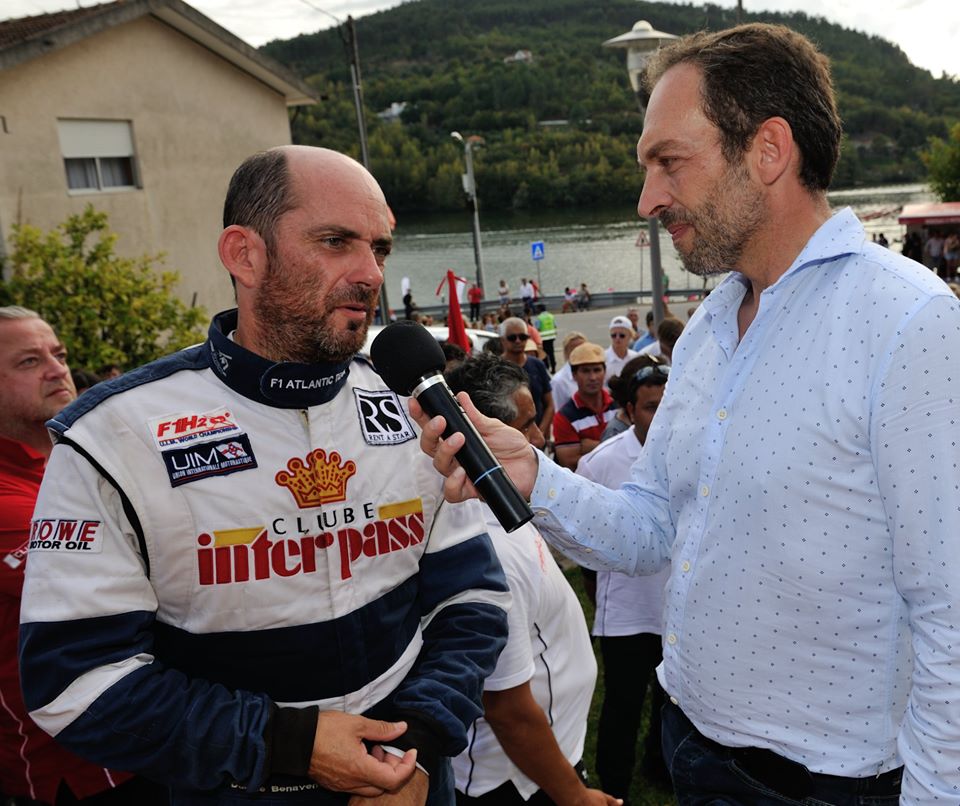 Following another faultless performance by Team Abu Dhabi’s Rashed Al Qemzi in Portugal back in September that secured the 2019 UIM F2 World Championship title all eyes will now be focused on those drivers gathered for the season ‘Grand Finale’ in Abu Dhabi with a realistic chance of a top three Championship finish.

Amongst the three drivers in serious contention for securing the 2019 UIM F2 World Championship Silver medal is the Portuguese racer Duarte Benavente who first competed here back in 2002.

Abu Dhabi is of course a very special place for me, love the circuit, love the city and I’ve made loads of good friends there over the years, if this bring me any advantage I really don’t think so, but I love to race there.

It’s certainly been a roller-coaster ride of results here in Abu Dhabi for him with the obvious high point being the time he beat multiple F1 World Champion Guido Cappellini to second place in 2003. A hand full of retirements though in the fourteen starts he’s made shows how tough on equipment the 1.8 Km circuit can be.

For this race I haven’t any particular tactics in mind, just enjoy it, try to have a lot of fun and do what I have to do in the best way possible. That doesn’t mean we won’t work hard to achieve our goal and secure second place in the World Championship.

Having missed the opportunity to celebrate an ‘eventual’ third place finish on the Tonsberg podium earlier in the year was certainly rectified when he collected his laurels for second place in front of the legions of Benavente fans gathered to watch their hero in Ribadouro. This time the ensuing controversy surrounded another driver about to grace the podium. Ferdinand Zandbergen thought he done enough to secure third place in the Portuguese Grand Prix only to discover that a one lap penalty had been applied to his race result and Ola Pettersson duly made his way to the podium steps.

“With regards to the Sharjah Teams appeal over the one lap penalty they received in Ribadouro being heard at the CAS I will be one hundred per cent honest with you and that is I spend a lot of time with my good friend Sami Selio and we never talked about that subject. I know one thing for sure and that is Sami will always do what he thinks is best for his team.”