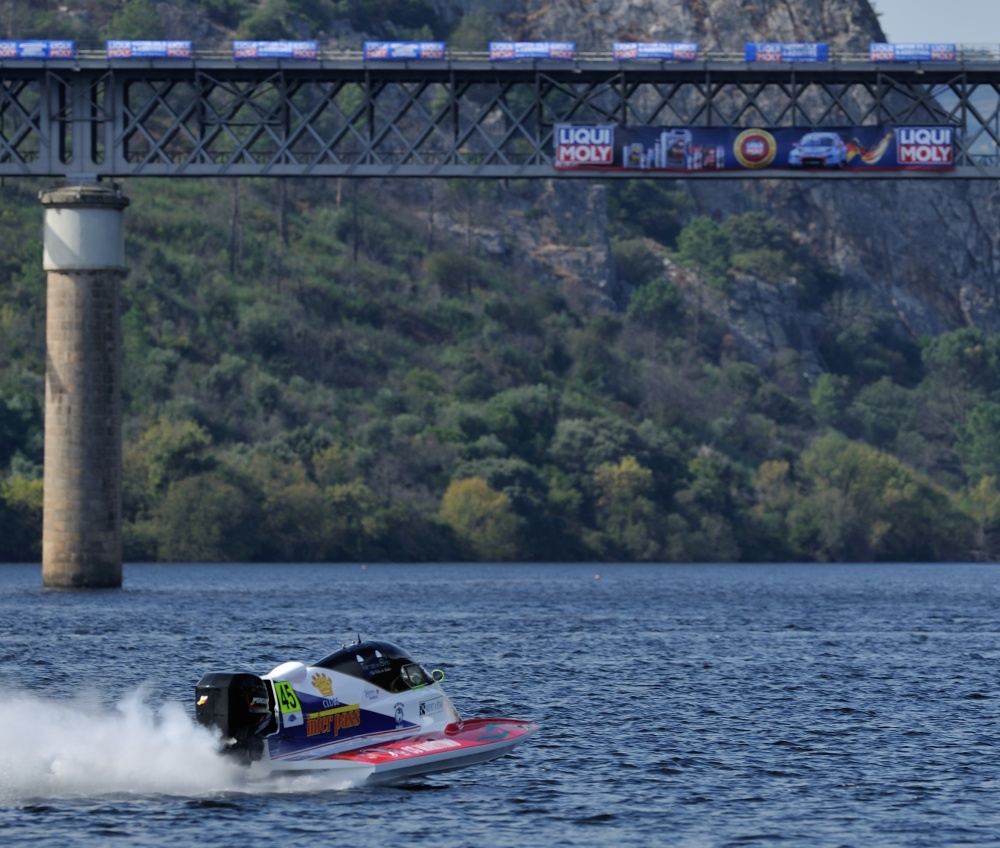 Duarte Benavente isn’t holding back here in Vila Velha de Ródão, the leader of the 2020 UIM F2 World Championship stamped his authority during the 90 minute free practice session this morning and posted an impressive time of 41.543.

Thursday’s race winner, Owen Jelf, was fifth fastest with a 42.856 time, he described the conditions as ‘tricky’ with the now unloved westerly wind blowing strongly.

His brother Colin could only manage a 43.584 after five laps his power steering failed, possibly a hangover from his accident on Thursday.

This afternoon at 15.30, there will be a 45 minute timed qualifying session.

There will not be a shoot-out, the drivers with the fastest times will form the grid for the final race of the 2020 UIM F2 World Championship tomorrow afternoon.

The action will be live on the Federação Portuguesa de Motonautica Facebook page.