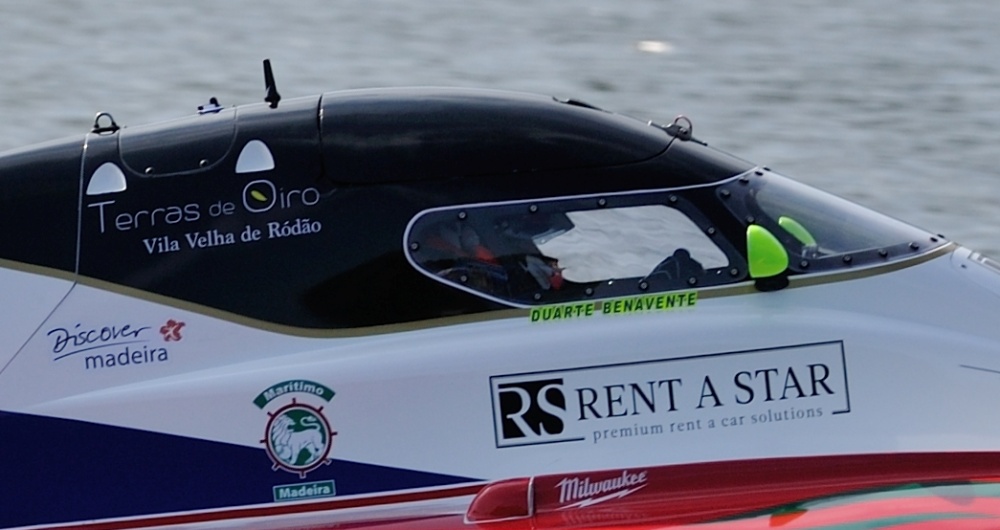 Duarte Benavente took pole position for the third and final race of the 2020 UIM F2 World Championship in Vila Velha de Ródão after banking a quick lap at the start of the 45 minute qualifying this afternoon.

Sami Seliö used the same tactic and was second fastest, his time of 41.673 was 0.073 down on the Portuguese racer.

Once again this week, the strong gusts of winds intervened and although the session continued, the other seven competitors struggled to get near the top two times.

Finding a small weather window, Giacomo Sacchi put in his best lap on the half hour with a 42.168 which was enough for third on the grid.