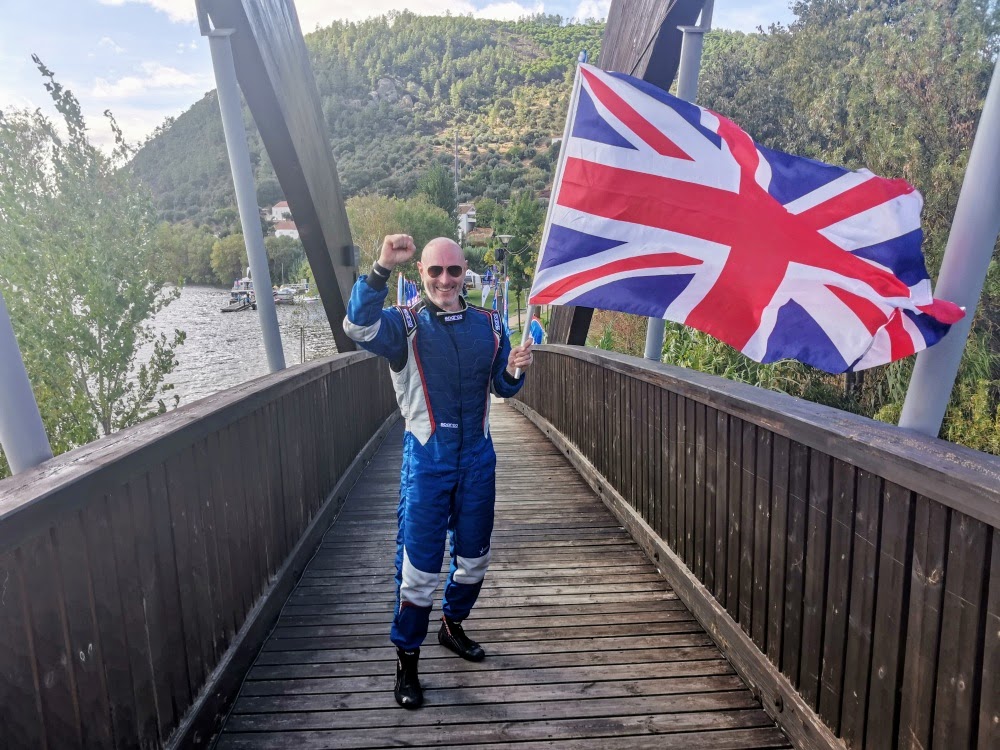 Britain’s Owen Jelf took a lights to flag win in Portugal this afternoon.

Run in gusty conditions, the race was yellow flagged on lap 30 when Jelf’s brother Colin crashed out of contention.

The three time UIM F2 World Champion was absolutely fine after the incident, however, his 2020 hopes were dashed.

Lithuania’s Edgaras Riabko was third and he added that to his second in Lithuania giving him a total of 27.

The final race on Sunday will now act as the decider with Benavente, Riabko and Owen Jelf in contention for the UIM gold medal.