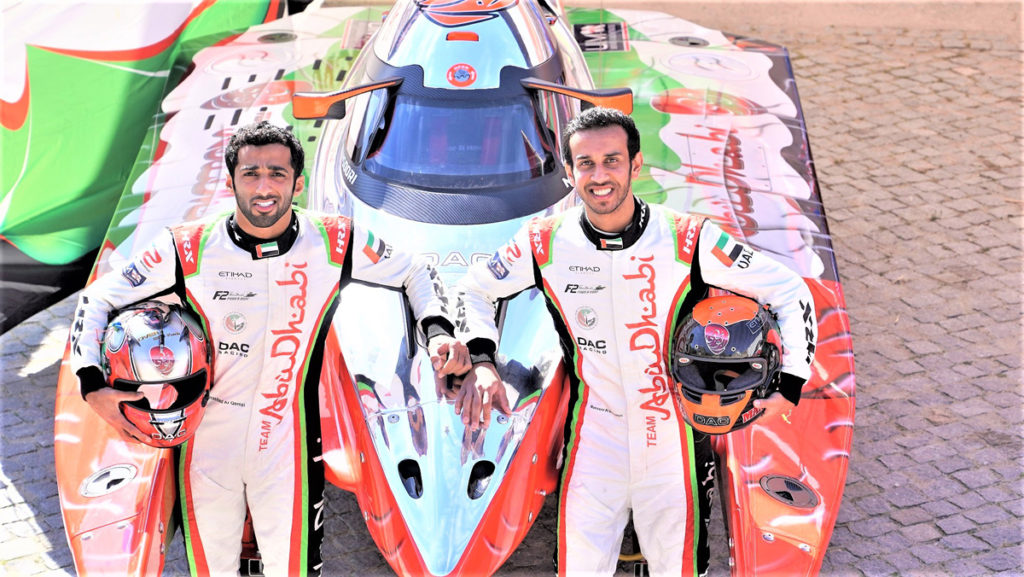 Team Abu Dhabi’s Rashed Al Qemzi and Mansoor Al Mansoori will not have to look far to find the motivation they need this weekend when they return to action at the start of the 2022 UIM F2 World Championship in Poland.

The opening round of the series takes place on Lake Necko in Augustów, where the two young drivers joined forces with veteran Thani Al Qemzi twelve months ago to clinch the UIM World Endurance Championships.

Then just two months later, Rashed Al Qemzi, secured his third F2 title with an emphatic fourth successive victory in the Grand Prix of Portugal, and the Emirati is now hungry for more world championship success.

I’m excited to be starting another new season with Team Abu Dhabi and I want to bring another world title back to the UAE. It won’t be easy, but I have a wonderful team behind me and it’s good to have Al Mansoori alongside me again. We know each other well and can help each other a lot.

Al Mansoori showed enough pace and determination during his debut season last year to suggest that he can become a real force with Team Abu Dhabi this time.

With this team, the aim is always to work closely together to get the best results. That’s exactly what we did in Augustów twelve months ago, and my memories from then make me confident for the start of the F2 season.

Once again guiding the fortunes of Al Qemzi and Al Mansoori in Poland will be the Italian powerboat racing legend Guido Cappellini, who has now landed an impressive fourteen world titles since taking charge as Team Abu Dhabi Racing Manager back in February 2015.

We know what to expect on Lake Necko, and after our success in Augustów last year we’re confident that we can make a strong start to the new F2 season there.

After a boat parade on Friday evening, the F2 contenders will take to the water the following morning for Free Practice ahead of the three-stage qualifying in the afternoon.