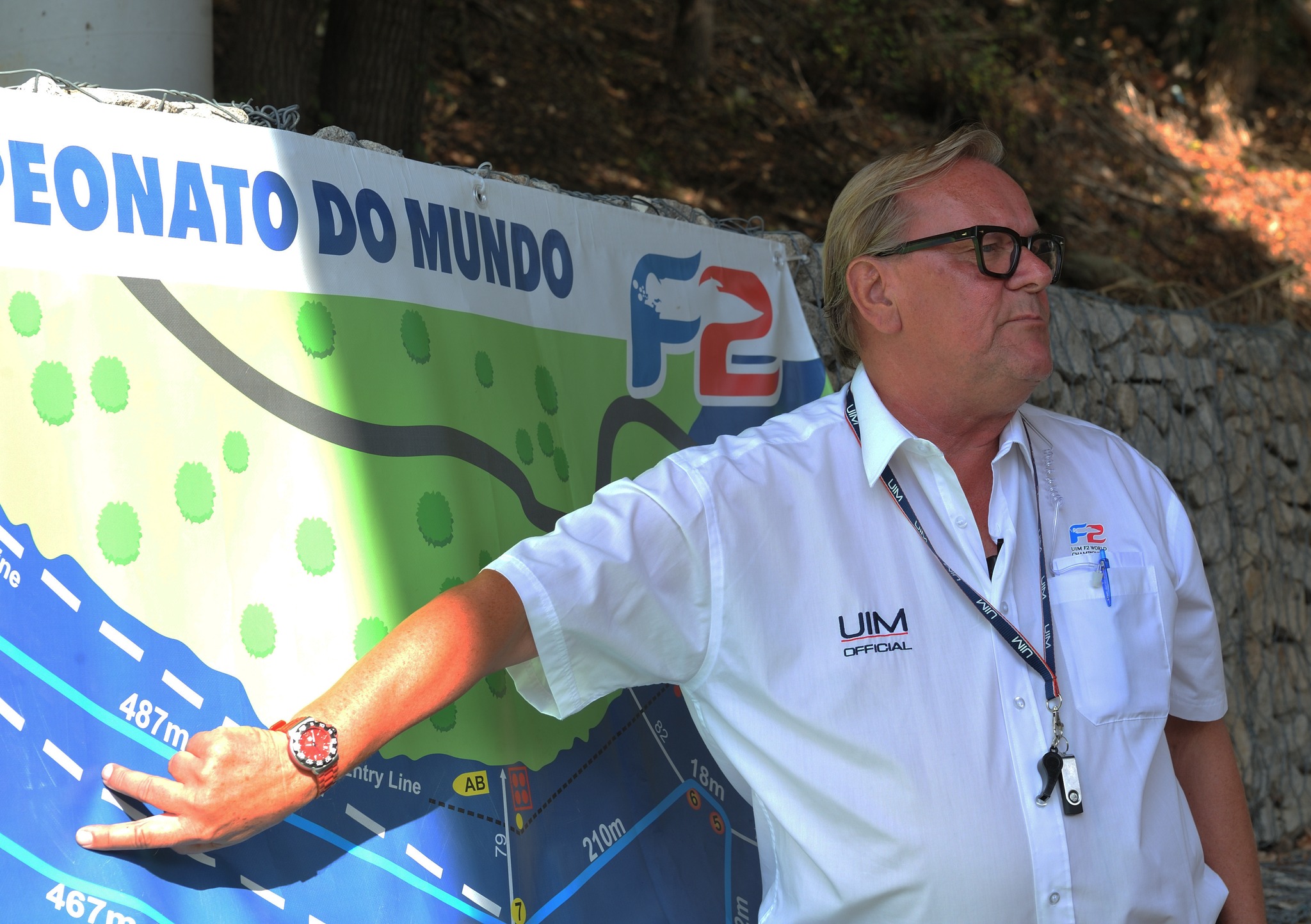 In what turned out to be an emotionally charged UIM F2 Drivers Briefing prior to the final round of the UIM F2 2022 World Championship Pelle Larsson the UIM F2 Race Director announced he was standing down from the role and that he has also decided now was the time to leave the UIM.

In a carefully prepared speech he informed all the drivers and their radio personnel that this would be his last F2 and would leave all his assignments within powerboating in UIM and at national level.

‘Of course, there are several reasons why I have made this decision, but I don’t want to have any bitter taste in my mouth when I’m leaving, but there is one thing that still annoys me, that I want to explain, I think some of you already know or have understood that something was wrong at the beginning of the season.’

I had decided to stop working for UIM back in December 2021. It was about what happen in the two XCat race that happened in Fujairah and Dubai, what was happen there during the race and especially after. That was the moment I lost most of my respect for UIM because a high ranking UIM guy did something he did not have a clue about. Sure, we all make mistake, but we must be able to admit the mistake, and understand that you made mistake, you cannot just go on like nothing happen.’

‘What happened to the Abu Dhabi XCat Team, was for me a total disaster. I was Race Director, but I did not make any decision on this case. They were made over my head, I heard that something was going on, and even today I still don’t know the whole outcome of it. The way one man was acting for those two weeks to me and to the others who were working hard for this sport is not acceptable in my world. I normally leave behind things that happen on race site on my way back home, but this is still stuck with me.’
‘I want to take this opportunity to apologies to Abu Dhabi, how wrong they were treated and how others team, and the public have treated them after the wrong decisions that come out, and still now no one know exactly what the outcome was, maybe someone should explain?’

‘To make this story short, after these two XCat races I made my decision already in my report, to STOP. The UIM Secretary General Thomas Kurth and I had many conversations about this, but I was clear about my decision. Then we came to February and closer to the F2 season start. It had already started with emails, messenger, and phone calls, teams wondering what was happening with F2 for 2022. Then I start thinking and saying to myself, I do not want to be the bad guy here, leaving F2 so close to the season start, that’s why I decided to stay for 2022. Working with the UIM office, has been perfect, easy to work with them, I have known them for many years, especially Chantal Mercadier, who is Head of the Office there.’

‘On purely a personal level I am also need at home more to take care of my wife; we been married for nearly fort-four years, so it is my duty to be close to Gerd to help care for her while she undergoes treatment for her illness. I will continue my work as General Secretary at the Royal Motor Yacht Club, so I will still be involved with boats, more like pleasure boats though but certainly not as so much as I have put into boat racing since I started way back in 1971.’
‘I want to take the opportunity to thank you all for all these year in F2 family, you have meant a lot to me, and you have taught me a lot. For sure I going to miss all this.’

‘To be honest I have been mentally training for this moment since February and now it’s time go out and do a great race together, see you soon at prize giving to celebrate the 2022 F2 World Champion.’

The Drivers Briefing concluded with a three-minute standing ovation from the UIM F2 racers and their radio personnel, with several of them coming up to hug Pelle as a sign of their thanks to him.