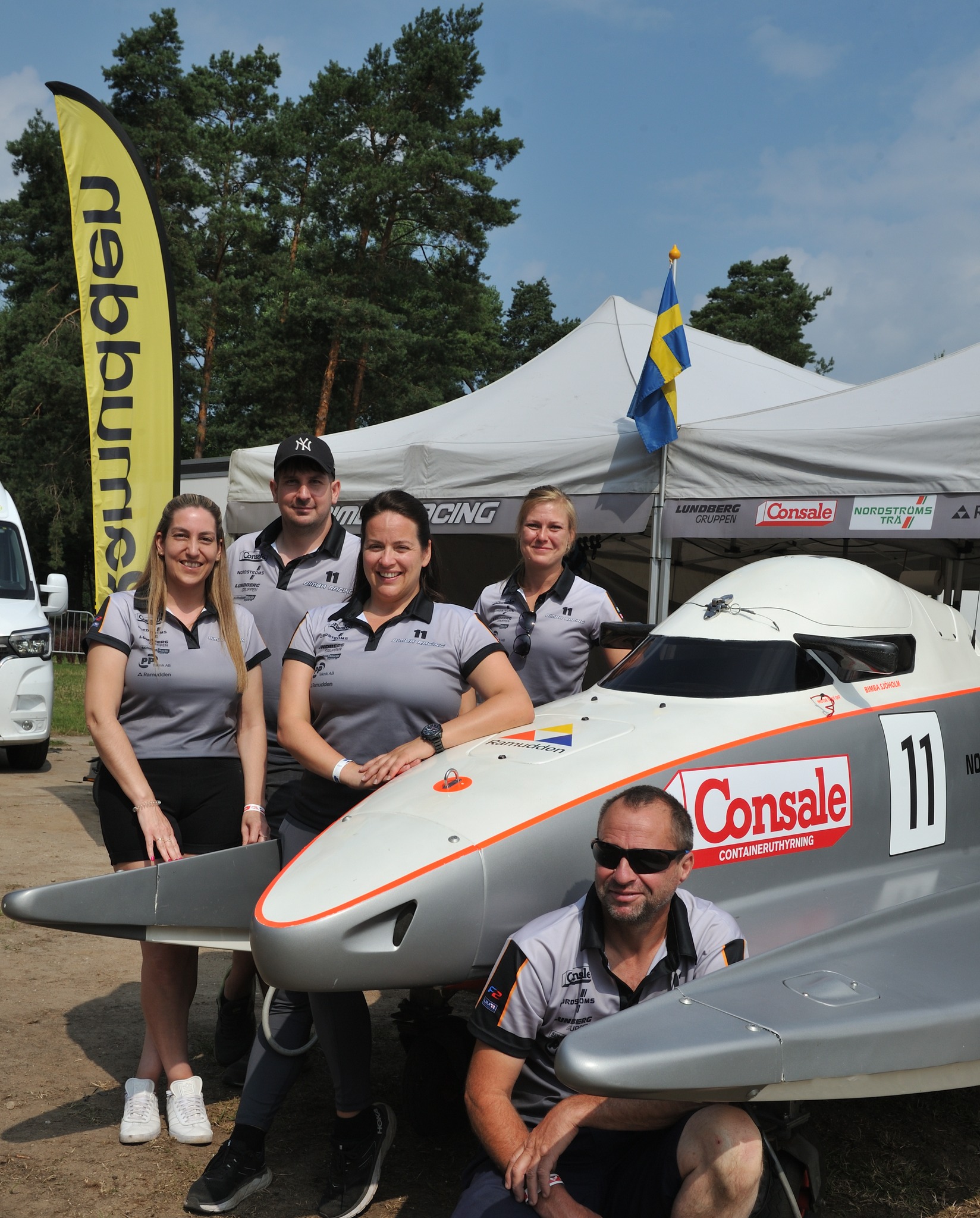 The UIM F2 World Championship has just heard some great news coming out of Ingäro in the Stockholm archipelago of Sweden. Three weeks have now passed since the last race in Lithuania and amongst the race teams preparing for the Portuguese ‘double-header’ one in particular has had a tough time recently. Their driver Bimba Sjoholm has so far had a season blighted with incidents leaving her mechanics with a few sleepless nights.

Now she is back and is currently on route to the penultimate round of this year’s championship which takes place on September 10-11 in Ribadouro Baião on the Douro River about seventy kilometres east of the city of Porto. A venue that first hosted a round of the championships back in 2015.

It will mean a road trip of over eight thousand kilometres for Sjoholm and her team which will also include a short stop in Denmark to collect her recently repaired hull from the Mölgaard factory. Sjoholm has been racing a Mölgaard for seven years now, the first one being an ex-Owen Jelf one that she purchased back in 2015. Since then, she has been a true disciple of the Danish brand getting regular updates from them as they continue to develop their hulls.

I am extremely grateful to compete with Mölgaard boats, they are fast and competitive, and several drivers have won F2 World Championships with them. I know their service and back up is incredible as no repair is too big for them to be fixed in time before the next race. An incredible commitment, trust, constant development that Christian and Sören provide make Mölgaard an easy choice to choose.

Thanks to her loyal sponsors she has been able to get the hull repaired and head to Portugal to compete.

Now the goal is to go there and collect some points to end the season with. A top six in qualification would be a good start for that, but you never know what the competitors have been working on since we last raced with them.