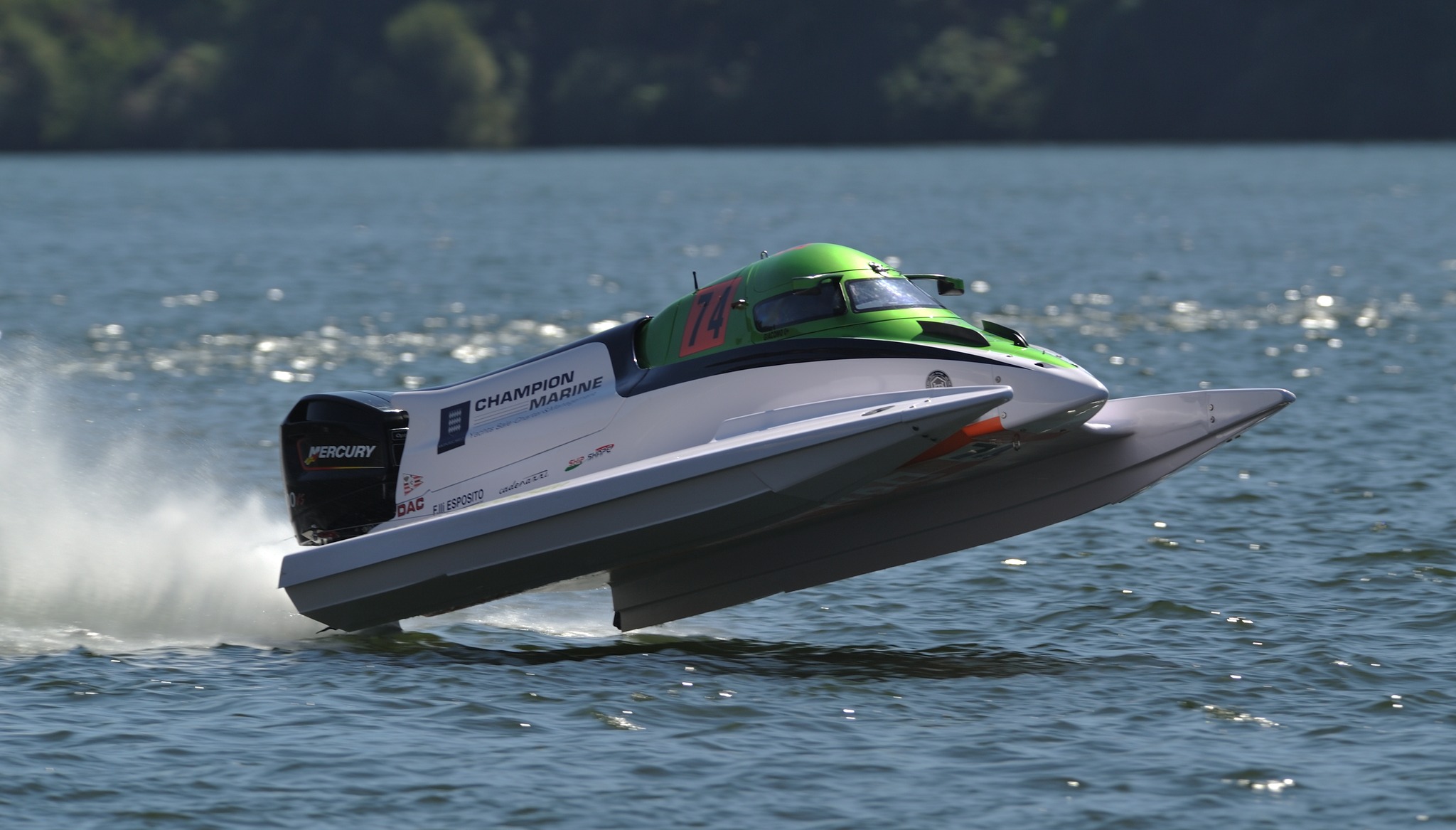 Whilst his good friend Charles Leclerc was celebrating his seventeenth pole position at the Autodromo Nazionale di Monza, Giacomo Sacchi was laying claim to his very first one at a round of the UIM F2 World Championship.

The Monegasques, who only last week became the new Italian F2 National Champion was quick to pay tribute to his team who used that momentum to help secure pole position for the Grand Prix of Baião.

“It’s an amazing feeling” he said after he climbed out of his 2022 spec DAC hull. “I think there is more to come, just because I hit pole today does not mean the work stops as now, we must work even harder. Another thing I am sure of is that this will make Mumma really happy.”

Rashed Al Qemzi, the reigning UIM F2 World Champion will line up alongside Sacchi on the grid tomorrow afternoon in yet another 2022 spec DAC hull. The Team Abu Dhabi driver had battled hard with Sacchi through the Q3 session but when his fuel load was close to empty it started to affect the balance of his hull.

“I was running with less and less fuel and my boat needed more weight in those tricky conditions. I love this place as this is where I was crowned world champion on two occasions, now it’s time to refocus on the race.

”Just edged out by Al Qemzi was the local hero Duarte Benavente, who has been struggling all weekend with a foot injury he picked up in testing prior to arriving at the circuit in Ribadouro. He had been quickest in Q1 and was looking to continue that trend into Q2 until the UIM Race Officials decided that the strength of the breeze that is such a regular feature of this Douro River course had become too strong.

“I’m so frustrated that they halted the qualifying session. I know this venue so well, like many other of the teams who have raced here in the past, yes it gets windy but you should always race to the conditions and if you know in advance what those conditions are you set your boat up for them.”

During the latter stages of Q2 Sami Seliö from the Sharjah Team began to realise that the acceleration problem that had plagued his race in Lithuania had returned. Fortunately, he had set a time which would see him through into Q3 but he knew that any chance of a pole position for this weekend’s Grand Prix would be small.

“I’m happy with fourth place for tomorrow’s race but my mind know is occupied with how to fix the issue with this engine. This race is long and overtaking is hard as everyone is so evenly matched, you are almost waiting on the person in front of you to make a mistake to gain a place. This type of course is one where you need maximum speed, so naturally you would pick a long prop but then you compromise your start, although saying that the start for me has always been my biggest challenge.”

Fifth place went to the rejuvenated Brent Dillard, who thankfully is now back to full fitness following a cracked rib that side-lined him at the previous round.

“It felt good to battle in Q3” he said, “It was a great out there and I even had fun with my new radio-man Jay Price. He pushed me when I needed it and he even gave me weather updates as I was going along.”

Rounding out the top six was Bimba Sjöholm who thanks to her loyal sponsors has been able to get her Mölgaard hull repaired prior to making the trip to Portugal.

“It’s no fluke as last year I was in Q3 at both races in Portugal. This boat I know has real potential and I believe I’m roughly where I should be and just happy to get back there.”

Dropping out after Q2 was the current championship leader Mansoor Al Mansoori. A compressor belt failure saw the demise of the Team Abu Dhabi driver and he will start in fourteenth place on the grid. To add to the championship drama, Stefan Hagin, who was comfortably in second place just three points behind Al Mansoori also struggled through qualifying and will line up alongside the Emirati in fifteenth place.

The UIM F2 Grand Prix of Baião gets under way with a forty-five-minute warm up session at 12:15 followed by the parade lap at 16:45 then the Grand Prix at 17:00 local Portuguese time.