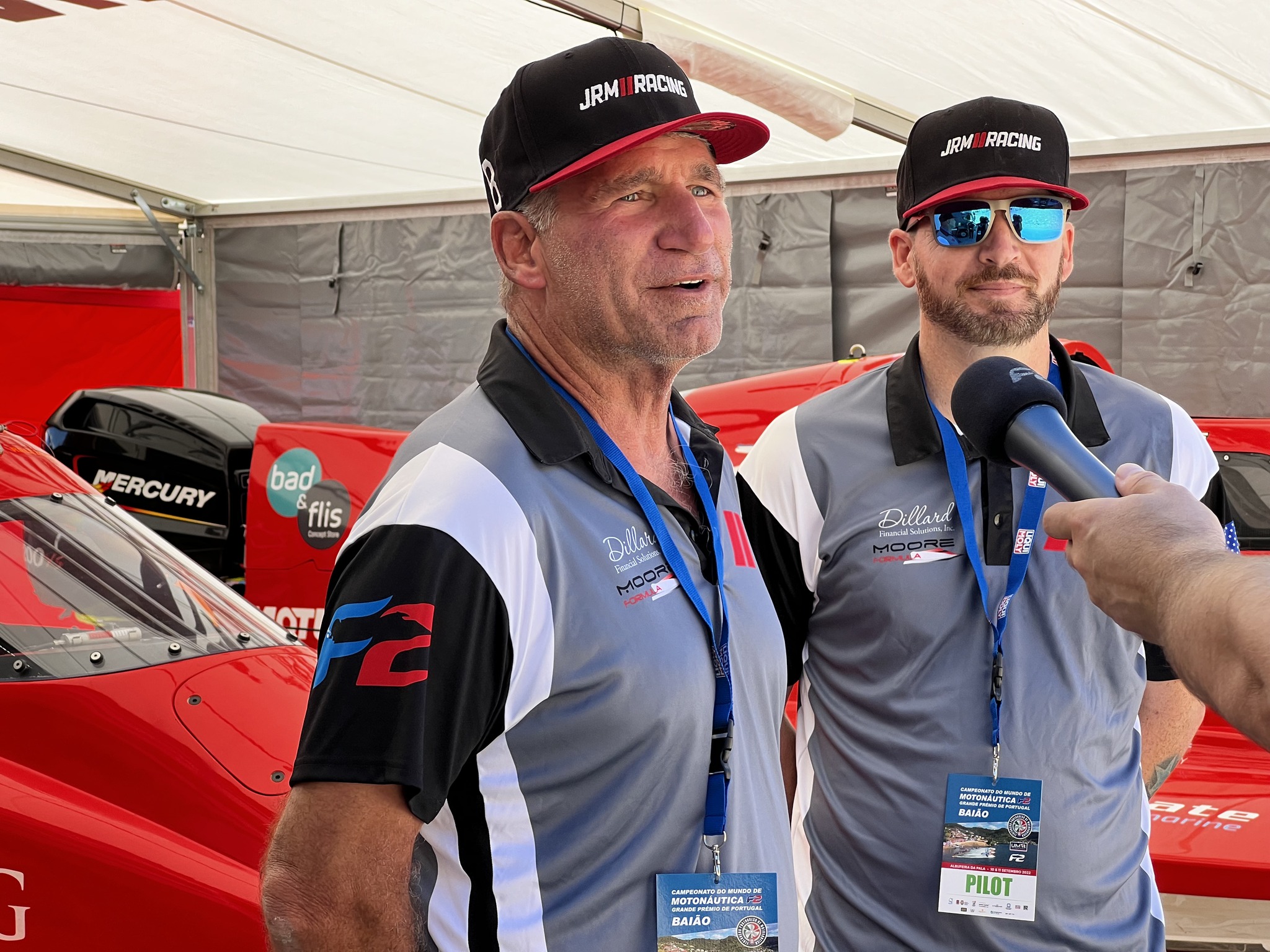 A familiar figure to the powerboat racing circuit has flown across the Atlantic from his home in Louisiana to join up with the British based JRM Team. Jay Price will don the headset and guide Brent Dillard around the 1800 metre circuit laid out on the Douro River for round three of the 2022 UIM F2 World Championship taking place in Ribadouro Baião.

Price, who in his distinguished racing career won the 2008 F1H2O World Championship, admitted to being a little ‘race rusty’ although he’s certainly no stranger to the close quarter racing so typical of F2.

Back in 2004/5 he competed in the S2000 series racing for the #6 Racing Team which was managed by the current UIM F2 Race Director Pelle Larsson who said he was happy to see Price back.

I saw him arrive in the pits yesterday

he was wearing a #6 Race Team shirt; I was amazed that it still fits him

A delighted Dillard was slightly more complimentary about his fellow countryman,

I knew we had the best set up and now it’s just got a whole lot better.