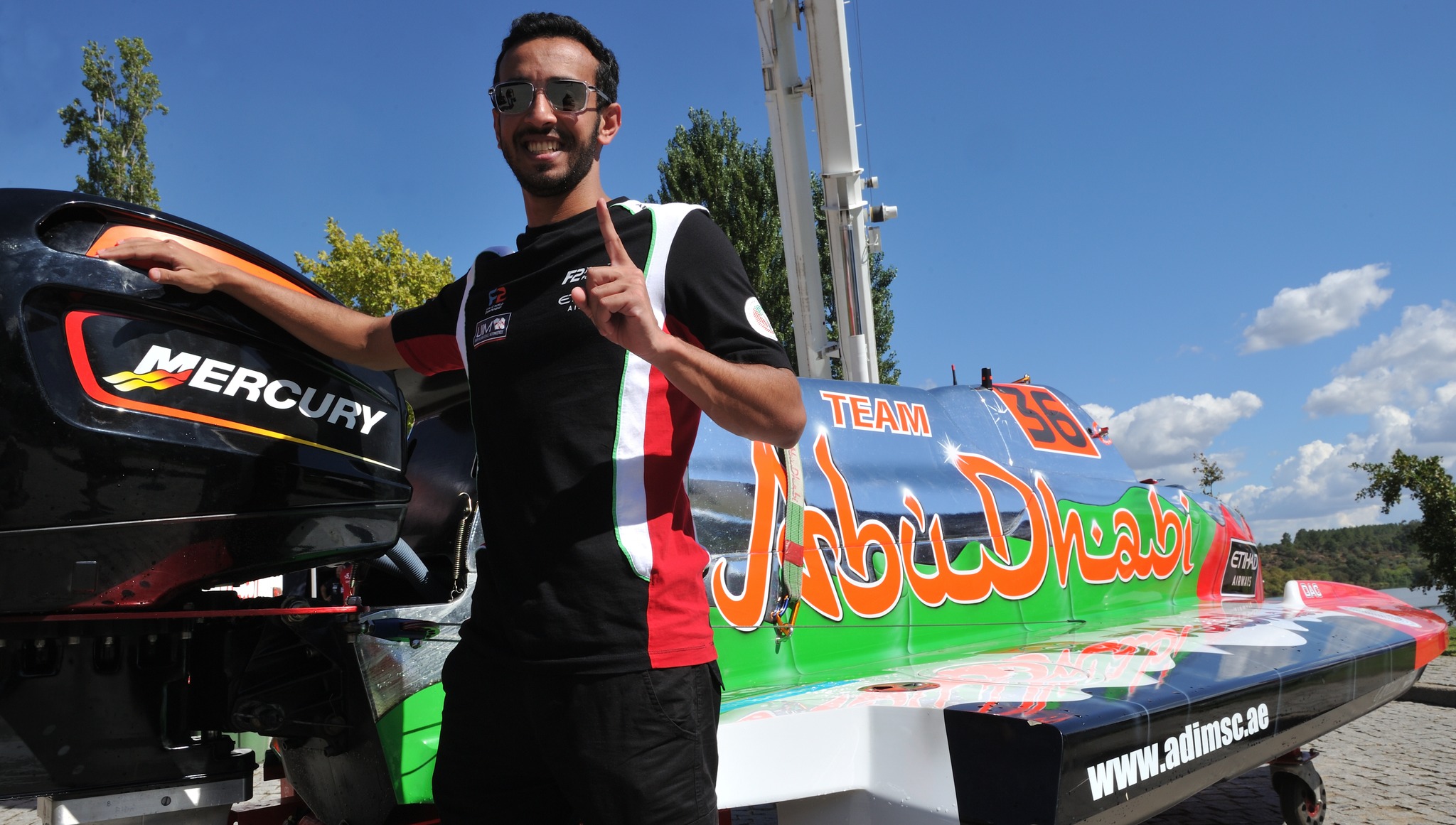 Although mathematically six drivers could win the UIM F2 2022 World Championship title here in Vila Velha de Ródão, Portugal, the likelihood is that by Sunday evening the new champion will emerge from the three currently sat at the top of the points table baring something dramatic happening.

In only his second season racing for Team Abu Dhabi, Mansoor Al Mansoori has now risen to the challenge of following in the footsteps of his friend and teammate 2021 title holder Rashed Al Qemzi and leads the championship by three points.

Al Mansoori is very familiar with being on the eve of securing a world title. Back in 2017, when he raced for the Emirates Racing Team, he went into the final round of the UIM F4-S Series just a point ahead of the vastly experience French driver Jeremy Brisset. By the time they had completed that last race in Sharjah the Emirati was World Champion.

“Having a team mate like Al Qemzi is a huge advantage I have both on and off the water,” said Al Mansoori. “We both know how to handle the pressure involved when you set your sights on winning. We showed that last year when we became Endurance World Champions together in Augustów. Following that race he came here, took pole position, and won the F2 Championship in the boat I am now racing.”

The UAE flag has been seen on every podium presentation so far this season, although it has not always been in the hands of a Team Abu Dhabi racer. Sami Seliö racing for the Sharjah Team has now dialled himself into the BaBa hull that had been set up for Ferdinand Zandbergen with devastating effect. Two second place finishes have closed the gap at the top of the points table and sees the Finn primed to snatch the trophy away from Al Mansoori.

“It’s a very challenging circuit here, it’s tight and there are not many racing lines to choose from” said Seliö. “If you are out in front then you control the race and that’s where I aim to be.”
Back in 2009 the Dutch driver Johan Coenradi won the title in a championship that consisted of four rounds similar to this years but he didn’t win any of them. If the result that happened last weekend in Ribadouro happens again on Sunday then Seliö is World Champion without troubling the top step of the podium.
Following a lowly seventh place finish at the last round, Stefan Hagin dropped to third overall but he is still optimistic going into the season’s finale.
“It’s the closest I’ve ever been to winning the title” he said. “I have got smarter now compared to previous years, back then I heaped too much pressure on myself. That has now all gone and I can concentrate on driving the boat as I’m both physically and mentally in the best shape I have ever been. The team now has decades of experience of getting this right and I’m confident I can deliver them a title.”