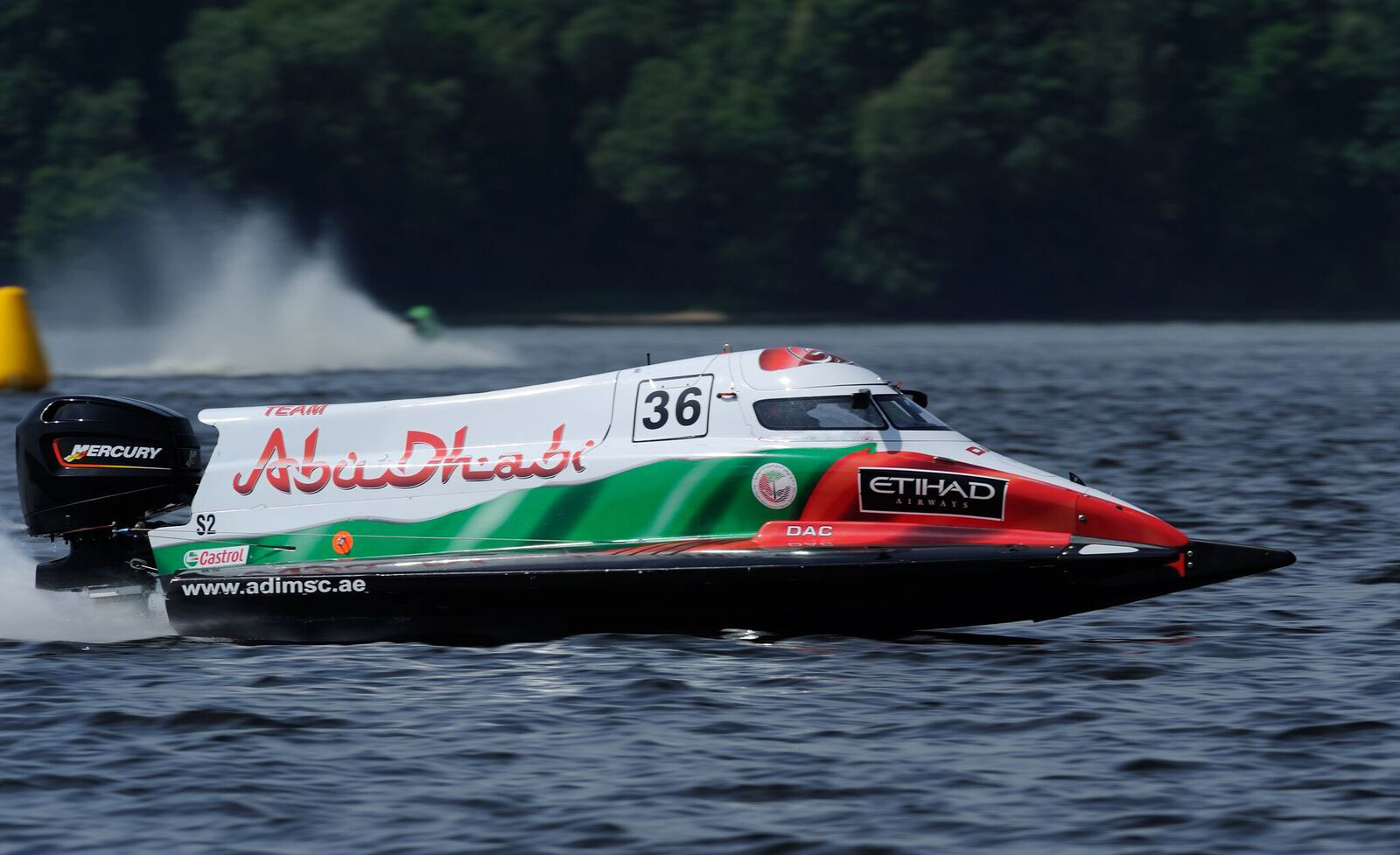 Mansoor Al Mansoori’s rise through the ranks of watersports has been well documented. Hailing from a large family
consisting of seven brothers and eight sisters, Al Mansoori has worked his way up through to be one of the finest
racers in the world.
After spending a formative few years in other forms of watersports, Al Mansoor got a taste of powerboat racing in
2015 when he entered the F4 championships. However, with national duty and his job as an IT professional taking up much of his time, Al Mansoor could only spend his first full season in the sport the following year.
But 2017 was a breakthrough season for the employee from ADNOC as he switched his full attention to
powerboating. The success was instant as the 23-year-old Al Ain-born boy completed the entire F4 season with the world championship in his lap. The highlight of the season was when Al Mansoori grabbed his first win in Race One of the F4-S Championships in Harbin, China in August 2017. In the second race the following day, the Victory Team driver slipped by a couple of spots, but managed to get a podium finish and along with it, the world title.